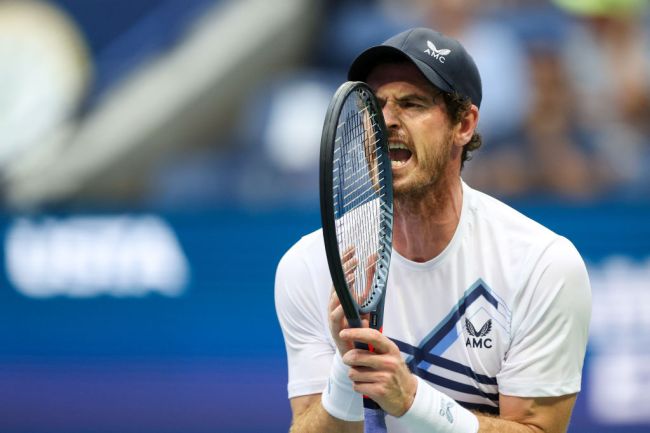 Andy Murray and three-seed Stefanos Tsitsipas met in the first round of the U.S. Open on Monday for what was a back-and-forth battle that lasted nearly five hours. Tsitsipas got the best of Murray in the five-set thriller that was filled with plenty of drama, and Murray isn’t done adding his own the morning after the match.

Tsitsipas took a bathroom break during the match, which is within the rules, but Murray didn’t appreciate the length of the break that ultimately lasted around eight minutes. Murray was livid about it and complained to officials ranting that it has never taken him that long to go to the bathroom, especially given the fact that the toilet is just inside the tunnel.

Murray is exaggerating when he says it took Tsitsipas 20 minutes, but I’m sure those eight minutes certainly felt longer than they were for Murray.

"It has never once taken me that long to go to the toilet, ever!" #andymurraypic.twitter.com/JiJJoUaipL

The three-time Grand Slam winner woke up on Tuesday morning still fuming about the match, so he decided to troll Tsitsipas on Twitter comparing the length of his bathroom break to Jeff Bazos’ space journey.

Fact of the day. It takes Stefanos Tsitipas twice as long to go the bathroom as it takes Jeff Bazos to fly into space. Interesting. 🚽 🚀

Murray didn’t hold back during his post-match press conference on Monday afternoon either, he told the press that he lost respect for Tsitsipas.

“I would’ve said the same thing if I’d won, I promise. It was nonsense and he knows it.”

The match itself was unbelievably entertaining on Monday as Murray fed off the crowd, screamed more times than one, and let his emotions show on every occasion. While he lost, I think it’s safe to say that Murray gained respect from those inside the arena on Monday, and certainly from plenty of others watching from home.