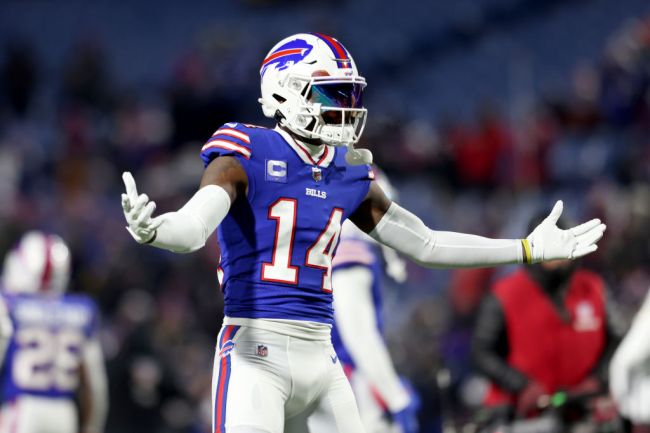 Seemingly out of nowhere, reports began to surface that the Kansas City Chiefs were in talks to trade Tyreek Hill. Shortly after, Stefon Diggs took to Twitter to express his disbelief about the unexpected news.

The hell going on…

It’s somewhat interesting to see the source of this tweet. Stefon Diggs is in a similar situation with the Buffalo Bills to what Tyreek Hill was just dealing with in Kansas City.

Stefon Diggs also happens to be one of the NFL’s best receivers and is also looking for a new contract. Unfortunately for Diggs, the Buffalo Bills have expressed little interest in giving it to him.

With Hill being dealt to the Dolphins an immediately being given a huge contract extension, Diggs is now the 20th highest paid receiver in football and just watched two receivers he is regularly compared to get massive raises.

This could put some pressure on the Bills to get a deal done this offseason before Von Miller and Josh Allen’s contracts begin to escalate, making it even more difficult for them to give Diggs a raise.

Otherwise, we could see Diggs become inspired by his fellow top receivers and force a move away from the Bills to sign a big deal.

At this point, it doesn’t seem all that unbelievable that Diggs could be traded after all of the unexpected deals that have already gone down this offseason.