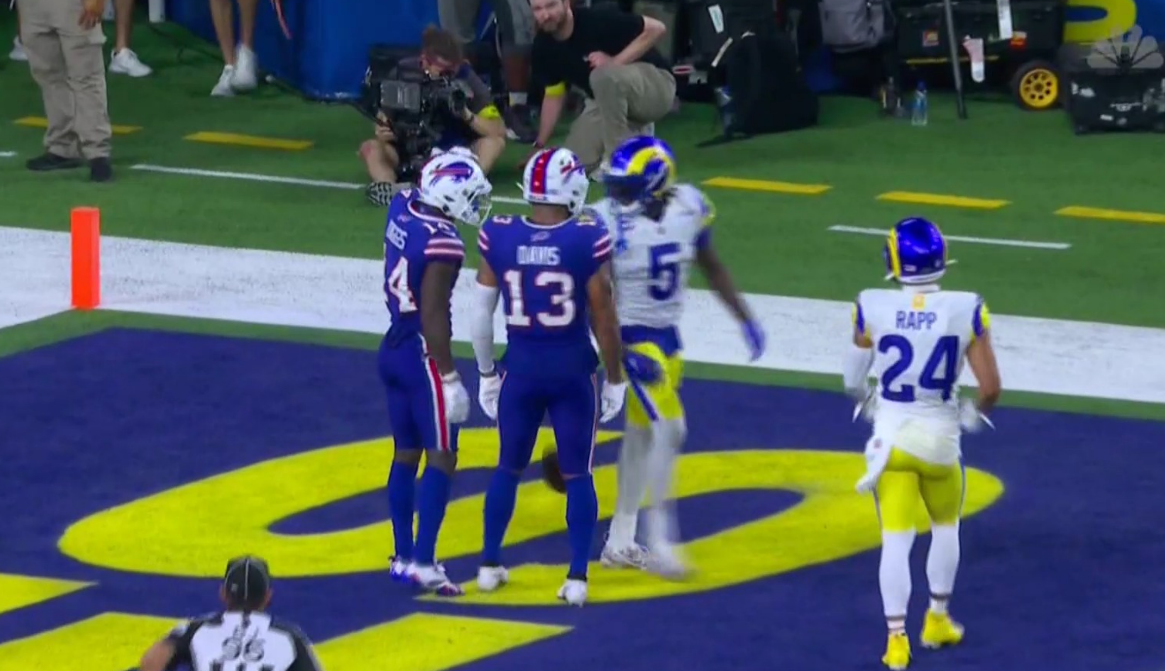 Stefon Diggs had Jalen Ramsey in hell during the NFL season opener.

Before the Bills-Rams game, Diggs said he had nothing but respect for Ramsey and the Rams’ defense.

He’s a good a** player,” Diggs said. “Everybody knows that.”

“They got a good defense, they’ve had success for a while now,” Diggs said. “He found his niche in that defense. He’s definitely a competitor, one of the best out there, so that’s something that I look forward to personally.”

On Thursday night, Diggs repeatedly cooked Ramsey on the field.

The game’s biggest play came when Ramsey got lost on defense, allowing Diggs to grab an easy touchdown down the field.

After the play, Diggs was seen talking trash to Ramsey.