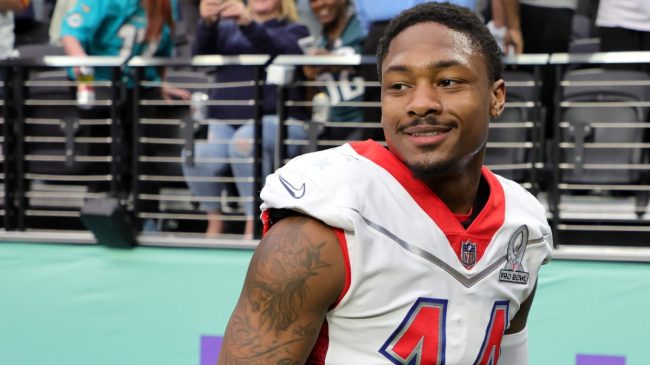 Star wide receiver Stefon Diggs signed a four-year contract extension to remain in Buffalo, giving the team security at the position for the immediate future. The deal is reportedly worth $96 million.

The #Bills and star WR Stefon Diggs have agreed to terms on a 4-year, $96M extension that can be worth more in incentives, source said. Another top WR paid.

With Diggs’s future now stable in Buffalo, the Bills can focus on building upon their impressive 2021 campaign. The team went 11-6 last year, reaching the AFC Divisional round before falling in an overtime thriller to the Chiefs.

With quarterback Josh Allen, and now Diggs, returning, the team should be a favorite to represent the conference in the Super Bowl. They’ll certainly be the overwhelming pick to take home their third consecutive AFC East crown.

Diggs has been a star since arriving to Buffalo back in 2020. In two seasons with the Bills, the pass catcher has hauled in 230 receptions for 2,760 yards and 18 scores. He led the AFC in receiving in 2020 before tallying a career high in touchdown catches last year.

With contract talks behind him, the wideout can look to the future. And fans can, too.

Diggs gave a hilarious response to his extension with Buffalo, and if you’re a member of the Bills’ Mafia, you’ve got to love it.

The clip is from the movie Wolf of Wall Street, and it shows actor Leonardo DiCaprio shouting the following words.

With another star player locked in for the Bills, fans and players, alike, are getting amped up for the upcoming season.