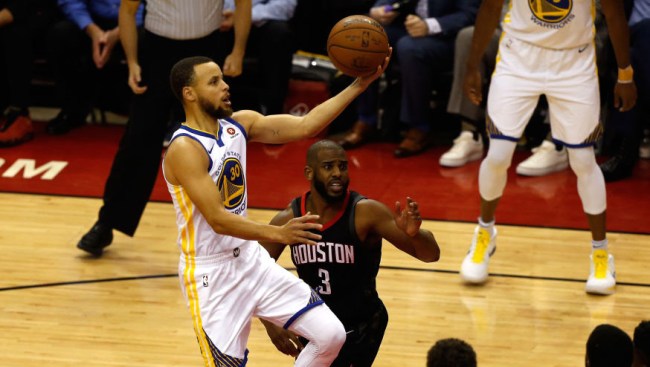 Golden State Warriors superstar Steph Curry can now add bragging rights over his buddy Chris Paul for Family Feud after his squad took home the W on the latest episode.

That being said, it wasn’t the three-time NBA champion who was the most clutch member of his team. It was his wife Ayesha who absolutely dominated in the “Fast Money” round grabbing 194 of the 200 points needed to secure the ultimate win and $25,000 to close out the show.

Of course, the internet being the internet, people on Twitter couldn’t help but laugh at Chris Paul taking another L from Curry, and they also couldn’t refrain from pointing out how it wasn’t Steph, but his wife Ayesha who carried the team to victory.

Curry giving CP3 L’s on and off the court #CelebrityFamilyFeud

Steph always getting bailed out in the Finals smfh https://t.co/76tDfOlyNx

Steph Curry getting carried to a W?

For the record, Curry is 17-10 in NBA games played against Chris Paul’s teams. However, individually, Paul has averaged 22.1 points per game and 9.1 assists in those 27 matchups, while Curry has only scored 20.6 points and 6.1 assists in those games. Small consolation, I’m sure.