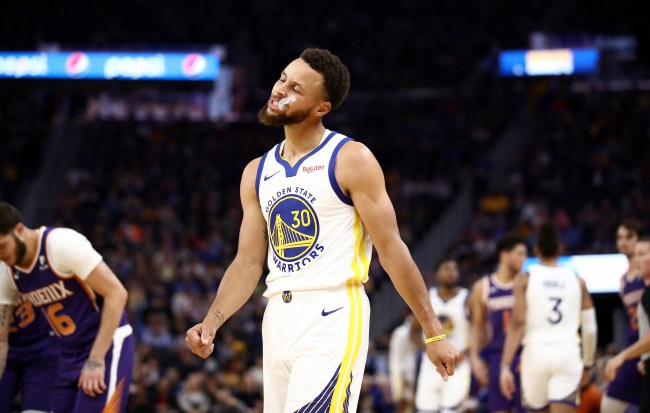 The already shorthanded Warriors lost their best player Steph Curry after Aron Baynes accidentally fell on top of him.

Steph Curry headed to the locker room after injuring his wrist and could not shoot the 2 free throws. 👀 pic.twitter.com/gsss5Q5Xku

Here’s the Steph Curry hard fall via @KNBR. Appeared to be a left wrist injury. Extent of it could dictate how quickly this season could go way south for Warriors. pic.twitter.com/iqMC9MWqMz

The Warriors later confirmed that Curry had broken his left hand on the play.

There’s no word on how long Curry will be out but it could be awhile.

I got more info from Bob Myers. He said Steph Curry will have a CT scan to determine if surgery is next the next step. A cast on Steph's broken left hand could be an option too. Estimated time of recovery unknown right now.