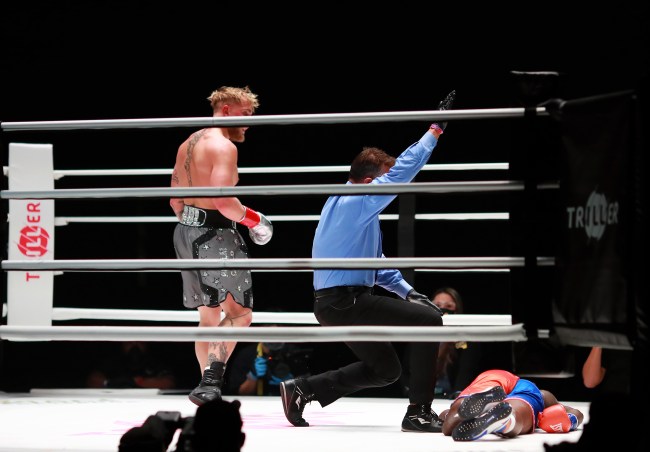 Nate Robinson is not having a good weekend.

On Saturday night, the former NBA player got viciously knocked out by famous Youtuber Jake Paul in the second round of their fight on the Mike Tyson-Roy Jones Jr. undercard on Triller.

Immediately after the fight, Robinson was widely mocked by NBA and NFL players for his performance.

That was no representation of the NBA Family lol

Nate Robinson has to give back his dunk contest trophies

Things got so bad for Nate that he even got dunked on by Steph Curry of all people.

Here is Steph commenting on one of Nate’s previous posts about “shocking the world” after the knockout.

Steph’s reaction to Nate Robinson getting knocked out 💀 pic.twitter.com/cgkKhAyCd4

Steph Curry really tweeted this to Nate after the Jake fight 😭😭😭 pic.twitter.com/Snv8Q9nZJE

YO STEPH YOU OUTTA POCKET FOR THIS https://t.co/1hqjfCqzSO

LMAOO CURRY GOT NO CHILL😭 https://t.co/VlqiL7EOYS

curry you don’t gotta do him like this man https://t.co/1ONx78eWne