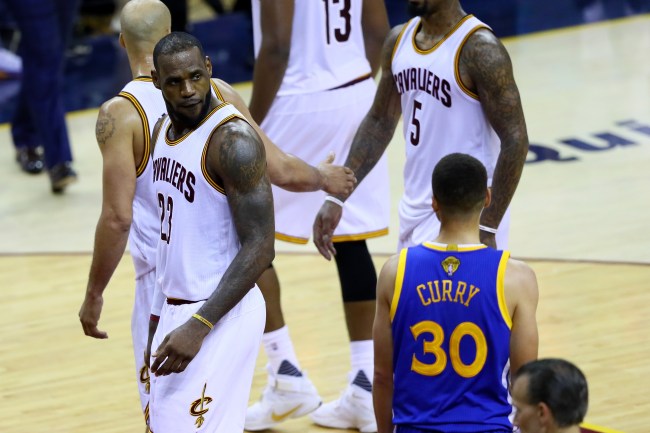 This afternoon Tiger Woods did the improbable and claimed his fifth green jacket in first win in a Major tournament in nearly 11 years.

Tiger Woods wins the Masters for the fifth time, his first major title in 11 years and first Masters win since 2005 https://t.co/ohLllzYWNt pic.twitter.com/bLjUBZp3mo

Tiger was congratulated by hundreds of celebrities and athletes on Twitter. Tiger even got a shoutout from Warriors guard Steph Curry who called Woods’ win “the greatest comeback in sports”.

The Internet immediately let Steph know that LeBron and the Cavs coming back from 3-1 was the greatest comeback in sports history.

Are you sure about that?? pic.twitter.com/xNv6OzfZ02

I think the Cleveland cavaliers coming back from 3-1 lead to win the NBA finals against a 73 win team with the only unanimous MVP is a little better. 🤷‍♂️