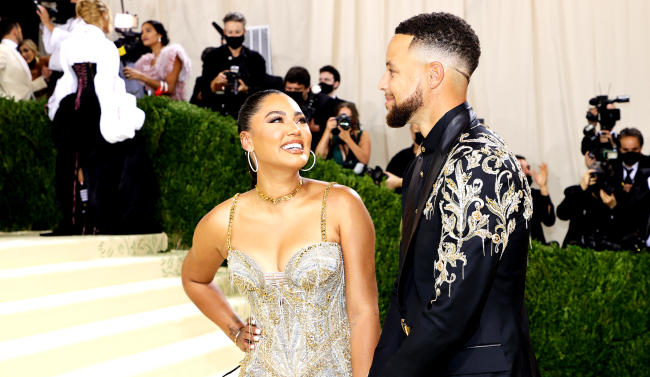 Just before Christmas, gossip site Deuxmoi published a blind item which alleged that Steph and Ayesha Curry are not monogamous and have an open relationship.

“I have it on good authority that this well-known NBA couple aren’t as faithful in love as their social media and image make them out to be! They both have side hookups and flings, but keep it very private to keep up the perfect family image they show to the world. I was shocked to learn they’ve been together for so long,” the gossip site reported.

This is the same site that reported Aaron Rodgers and Shailene Woodley were no longer engaged, right before a “source” told People magazine that “they have a different, non-traditional relationship.” Whatever that means.

Fast forward almost three weeks and Ayesha Curry has decided to respond to the rumors that she and Steph have an open relationship after posting a photo of her husband’s GQ photo shoot on Instagram.

A commenter on Instagram wrote, “But you still want an open relationship smh. If I were him you woulda been sent to the streets already.”

Ayesha responded on Monday, writing, “Don’t believe everything you read. Do you know how ridiculous that is? Don’t disrespect my marriage like that. Please and thank you.”

Steph and Ayesha Curry celebrated their 10-year anniversary back in July of 2021, and the Warriors superstar still seemed pretty smitten in a September interview with People magazine.

“We just celebrated 10 years of marriage of marriage,” said Steph. “So I still have that feeling. I know this isn’t supposed to be the part of the interview, but definitely. Not just her beauty, but a lot of stuff that come from the ideas of what Eat. Learn. Play. is, and just her heart for service is a big reason why we’ve been able to do the things that we get to do.”