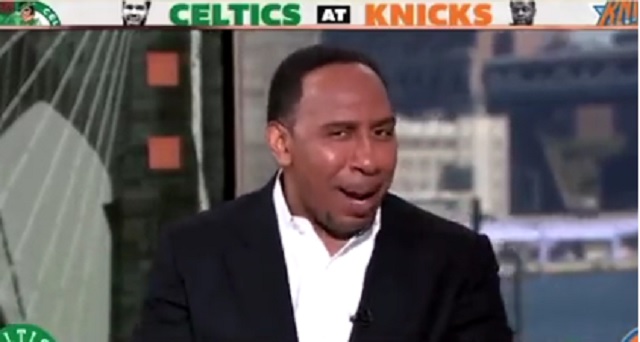 Stephen A. Smith is a ladies’ man and has never been afraid to speak his mind no matter how awkward it makes for everyone else on set feel.

During the Knicks home opener on Wednesday against the Celtics, Iggy Azalea was spotted sitting courtside at Madison Square Garden during the team’s overtime win.

and is that Iggy Azalea high fiving Spike Lee? pic.twitter.com/woNxjhIh2s

The day after the game, Stephen A. Smith openly thirsted over Iggy on ‘First Take’ which led to this hilarious segment.