Stephen A. Smith Offers Up Interesting Theory As To Why Boston Celtics Didn’t Fire Ime Udoka 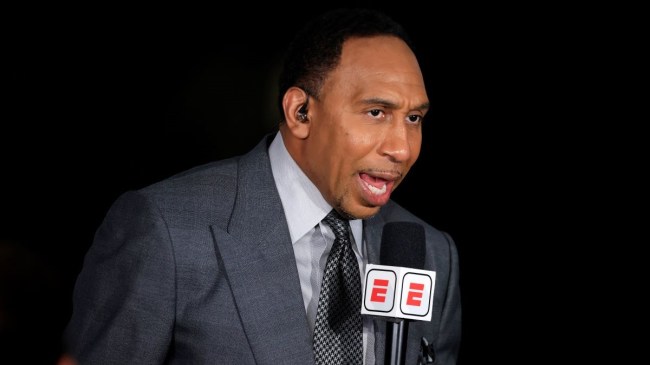 The 2022-23 NBA season gets underway on Tuesday night and it begins with the reigning Eastern Conference champion Boston Celtics playing host to the Philadelphia 76ers on TNT at 7:30 p.m. ET.

Of course, the Celtics have undergone a whirlwind offseason since they last played in Game 5 of the NBA Finals against the Golden State Warriors.

The discontent began when rumors surfaced of the team looking to trade star forward Jaylen Brown in a move for Kevin Durant. That didn’t sit particularly well with Brown, who took to social media to respond.

But the real drama involved head coach Ime Udoka, who led Boston to the finals in just his first year as an NBA head coach. The Celtics suspended Udoka for the entirety of 2022-23 season last month after an investigation revealed an inappropriate relationship with another member of the team’s staff.

Brown then revealed that the relationship may not have been consensual.

But the suspension left many wondering why exactly the Celtics didn’t opt to fire Udoka. And now ESPN personality Stephen A. Smith is offering up a working theory for that question.

Stephen A. Smith Claims Celtics Didn’t Fire Ime Udoka To Keep Him Away From Brooklyn Nets

Smith went on ESPN’s First Take on Tuesday and claimed that he believes the Celtics didn’t fire Udoka to keep him away from another team.

"I believe that part of the reason [Ime Udoka] was suspended, but not fired is because the Boston Celtics did not want him to end up in Brooklyn… The Nets would have fired Steve Nash and brought [Udoka] back & he would be the coach."

Smith’s argument is not without some merit. Udoka was an assistant for the Nets during the 2020-21 season before leaving for Boston. And Nets star Kevin Durant reportedly wanted coach Steve Nash fired in the offseason.

So who knows? Maybe Stephen A. is onto something there.