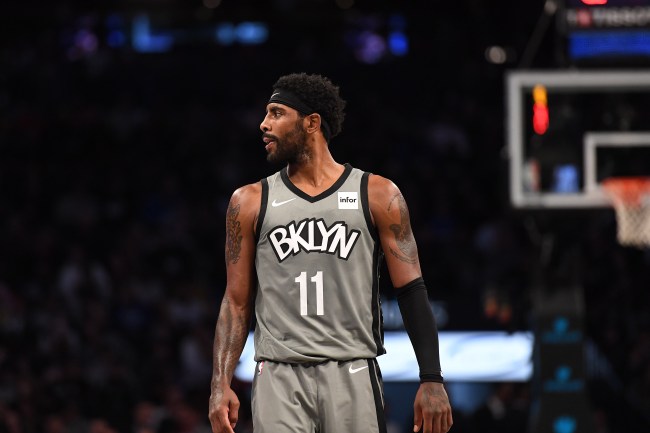 Stop me if you’ve heard this before, but there are rumors circulating in NBA circles that Kyrie Irving’s wet blanket attitude is hindering the success of his new team.

We’re just three weeks removed from a piece by ESPN’s Jackie MacMullen in which she claimed Nets officials were made “queasy” by Kyrie’s infamous mood swings, citing an episode that occurred during Brooklyn’s trip to China, “leaving everyone scratching their heads as to what precipitated it.”

Well, a new batch of allegations have come knockin’ and this time by Mr. Stephen A. Smith.

"I am not hearing good things about Kyrie in Brooklyn."
—@stephenasmith pic.twitter.com/puUPKQmeqC

“I am not hearing good things about Kyrie in Brooklyn. People are putting stuff out there. I don’t think it’s fair, I don’t know how accurate it is, but if Kyrie’s listening, I’m telling you there is stuff circulating out there about him from an attitude perspective.”

Nets center Jarrett Allen did an AMA on Bleacher Report and predictably dispelled Stephen A.’s claims that Kyrie is a wet blanket.

“He acts like a normal teammate. People say that he has mood swings, but that’s a complete lie. He wants to see us succeed and do well if anything.”

AND Kyrie dances on the sidelines when his teammates score.