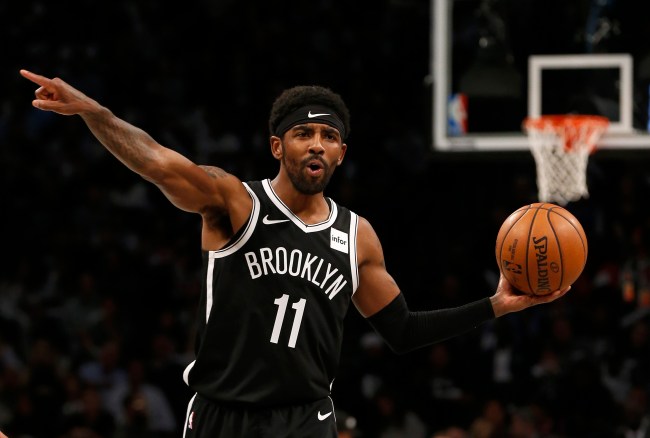 You ever been in a toxic relationship, break up, move on, and then log onto Facebook one day to find your ex posted a picture with a new guy who looks like he’s being held hostage. There is a meaningful validation in knowing that you weren’t the primary problem.

That is exactly how I feel as a Celtics fan after ESPN’s Jackie MacMullen released a piece early this week claiming that Nets officials were made “queasy” by Kyrie’s infamous mood swings, citing an episode that occurred during Brooklyn’s trip to China, “leaving everyone scratching their heads as to what precipitated it.”

According to multiple reports Kyrie Irving became upset on the Nets trip to China as he feared they would fall off of the earth.

These same mood swings plagued an underachieving 2018 Celtics team that made it infuriating to reconcile how the addition of a transcendent talent like Irving made team production worse.

Well, after Brooklyn’s loss to the Indiana Pacers on Wednesday night and dropping to 1-3 on the season, Irving addressed reporters about claims his moods could poison the water.

“Who cares what ESPN or anyone says? I love myself. I love my family. I love my friends. I love playing basketball.”

“It is just interesting to watch it unfold to see how it can affect everyone around you, yet no one asked me. Until everyone said something about it. Then they watched it trickle in like a little wild fire, like, ‘Who is Kyrie now?'”

He veered from “another route of human struggle is dealing with other people’s perceptions” to “they try to tear down some of the most peaceful people in the world.”

Kyrie Irving, sir, what the fuck are you talking about?