Stephen A. Smith Calls Out The Hypocrisy Of LIV Golf Critics, Makes Plenty Of Valid Points Along The Way 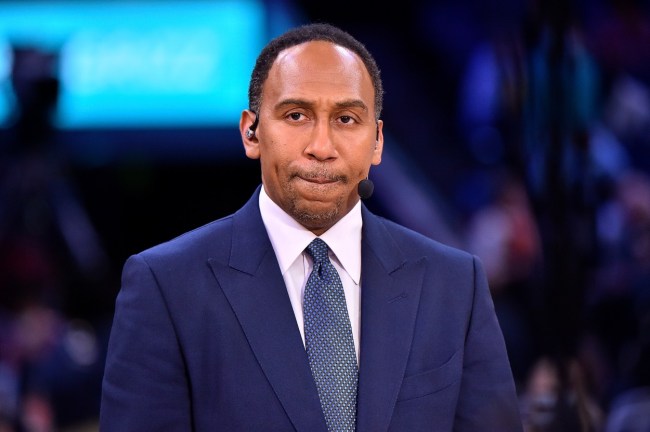 Very few, if any, actual media members in the golf world are laying out the facts and pointing out the hypocrisy of the criticisms being tossed around about the Saudi-backed LIV Golf Invitational Series. Stephen A. Smith, of all people, took that responsibility upon himself during Wednesday’s edition of ‘First Take.’

Nobody with common sense and decency is ignoring the appalling human rights record of Saudi Arabia. It’s also abundantly clear that LIV Golf is a textbook example of ‘sportswashing,’ as is the case with China and Russia hosting recent Olympics and Qatar playing host to this year’s World Cup.

Now that golfers have made individual decisions to work with and for the Saudis to better their livelihoods we’re drawing the firm line in the sand saying this is wrong? That’s where Smith, and others, are confused and see the hypocrisy.

As Smith points out, the U.S. government works with Saudi Arabia. President Joe Biden is set to meet with Saudi and other Gulf leaders in July to talk oil as gas prices continue to skyrocket.

From a sports perspective, the NBA and many of its superstars work with, for, and in China profiting hundreds of millions of dollars in the process. The PGA Tour itself has had ties with China over the years holding official tournaments and series in the country as recently as three years ago.

Meanwhile, you have the non-profit PGA Tour continuing to profit off of their superstars even if said superstar misses the cut that week receiving exactly $0 for his efforts.

The government, the NBA, the PGA Tour, and other professional sports leagues do face criticism for their business decisions as well, but the fallout from LIV Golf has been unprecedented given how traditional and holier-than-thou the game of golf has been perceived by so many for so long.

Greg Norman, the CEO of LIV Golf, shared Smith’s rant from ‘First Take’ to his Instagram and it’s worth watching: