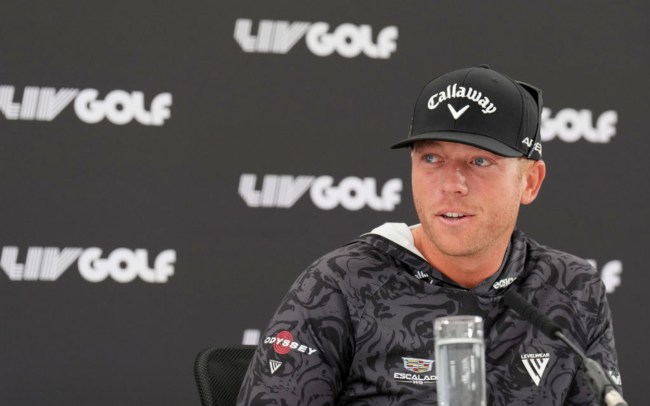 The term ‘sportwashing’ has become synonymous with the Saudi-backed LIV Golf Invitational Series dating back to when the breakaway circuit was just a rumor. Now, with LIV Golf’s first event taking place this week, the term is getting tossed around even more so, particularly by those who are against the new league.

Sportwashing is the practice of a group, in this case a political regime, using sports to improve their lackluster reputation by hosting a sporting event.

The Saudis aren’t the only ones to be criticized for sportswashing. China and Russia hosting recent Olympics immediately come to mind, and the same accusations could be tossed Qatar’s way as it hosts this year’s World Cup. Nevertheless, the Saudis are the ones behind LIV Golf, therefore they’re the ones receiving the criticism right now.

Talor Gooch, one of the most surprising players in the field for LIV’s first event in London this week, was asked about the sportswashing claims at LIV Golf. He doesn’t think those accusations are fair.

“I don’t think that’s fair,” he said, via Yahoo. “Also … I’m a golfer. I’m not that smart. I try to hit a golf ball into a small hole. Golf is hard enough. I try to worry about golf, and I’m excited bout this week.”

Gooch will likely receive criticism for his answer, brushing off the idea of sportswashing, but he’s not obligated to take about politics or the government. As he said, he’s a golfer, his worry is getting a golf ball into a small hole.