Stephen A. “Can’t Think Of A Worse Day” In Knicks History, Charles Barkley Pops Up To Make Fun Of Him 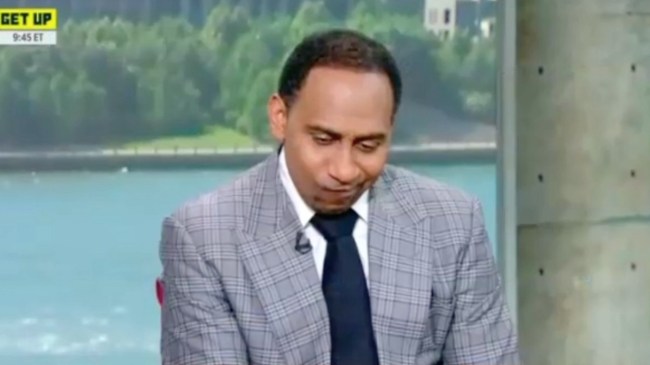 After years of positioning and planning and cap space managing, the New York Knicks walked away from the 2019 NBA Free Agency bonanza with essentially nothing to show for it.

Swinging and missing on the likes of Kevin Durant and Kyrie Irving (and Zion Williamson if you count the draft), the Knicks ended the first night of free agency with just one new player headed to Madison Square Garden: former New Orleans Pelican Julius Randle, who they signed to a 3-year, $63 million deal.

And while New York Knicks fans across the country predictably went into meltdown mode, there was arguably no tirade as perfect as Stephen A. Smith’s.

Smith — who has produced some Academy Award-level performances in the past — delivered a soliloquy for the ages on Get Up on how the Knicks — once again — got in their own way. All in all, the lifelong Knicks fan “can’t think of a worse day” in the history of the deservedly-Dolan-cursed franchise.

Then, because Stephen A. truly is the hardest working man at ESPN (during the NBA season, he’s on the air from like 8 a.m. until midnight), he turned around to First Take where he had to eat shit served up by Max Kellerman and Charles Barkley for the first 20 minutes of the show.

"I'm sick of these guys stacking their team … I hate the super team."

Because KD and Kyrie went to Brooklyn, @stephenasmith says "it's over" for the Knicks. pic.twitter.com/dgpT4eRtm3

.@maxkellerman ain't right, but why did @stephenasmith have to throw that jersey like that. 😩 pic.twitter.com/mPBOJFIboe

While Stephen A. Smith notoriously has a flair for the dramatic, even his staunchest critics will admit that the man truly is a tortured New York Knicks fan, just like the rest of them.

As for where the Knickerbockers go from here, the light at the end of the tunnel seems to be almost non-existent. With no superstars, no discernible drafting and development strategy, and the worst owner in the league (and maybe in American sports?), the Knicks and their fans are left hoping that RJ Barrett can develop into a truly game-changing superstar that the franchise hasn’t had since the likes of … Carmelo Anthony.

That’s right, folks, the New York Knicks franchise is so desperately hopeless that the Carmelo days can now be looked back on with fondness if you squint hard enough.