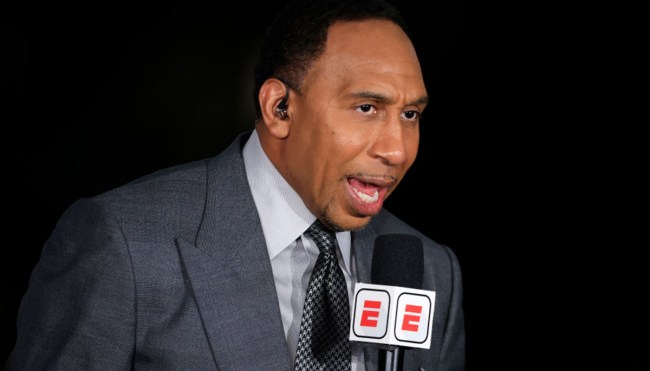 Colin Kaepernick last took an NFL snap on New Year’s Day in 2017, and over the last five years and counting there has been a point in each NFL offseason where a potential Kaepernick comeback stirs up some headlines.

We’re currently in the middle of that part of the 2022 offseason and Stephen A. Smith has had enough of it. In fact, the ESPN host is “sick” of the conversations out there about Kaepernick potentially getting another shot in the NFL.

Smith’s frustrations with Kaepernick and the discussions around him stem from the former QB’s recent appearance on the ‘I Am Athlete’ podcast. During his interview, Kaepernick made a new statement explaining that he would be willing to take on the role of a backup quarterback if it meant he was back on an NFL roster.

When And Why Stephen A. Smith Got Sick Of The Colin Kaepernick Comeback Talk

Stephen A. began his rant about Kaepernick by explaining that he was in his corner from 2016-2019 and that he believes he was “black-balled” and “mistreated” by the NFL.

Then, things changed for Smith in 2019 when a waiver issue ended the NFL-sponsored workout Kaepernick was supposed to take part in.

.@stephenasmith shares his thoughts on the comments from Colin Kaepernick about his desire to return to the NFL. pic.twitter.com/P5nYw8okR4

“In 2019, after you filed a lawsuit against the National Football League, after you reached a multimillion-dollar settlement, after you made it clear you don’t have any trust for them and they made it clear they have no trust for you,” Smith said on ‘First Take.’

Because of pressure from Jay-Z, who is obviously advising the NFL on social justice issues and things of that nature, along with a multitude of people inside and outside of the media and you’re listening to one of them because I spoke to many people on behalf of Colin Kaepernick, the NFL said we’re gonna conduct a workout.

“And Colin Kaepernick refused to workout because of some waiver issue, some liability issue.”

“That’s why we told you. Go work out. Show what you can do and let the momentum build to force their hand. But you didn’t wanna play. You didn’t wanna talk. And that’s why you’re still doing interviews instead of throwing touchdowns,” Smith continued during his explanation.

Kaepernick, who compared NFL training camps to slavery during his Netflix show ‘Colin in Black & White,’ has a 28-30 regular-season record in the NFL.