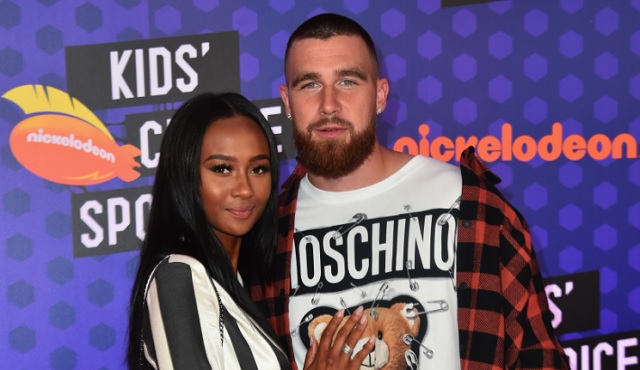 Stephen A. Smith has never been shy about complementing the wives’ of players/coaches while being on-air.

Last year Stephen A. infamously stopped his radio broadcast for a minute to talk about the wife of Knicks coach David Fizdale.

Stephen A. Smith really stopped his segment, just so he could talk about how fine David Fizdale's wife is…pic.twitter.com/dqzEkK8rua

Stephen A. seems to have had his eyes set on Travis Kelce’s wife Kayle Nicole as well.

“Mrs. Travis Kelce, hey how you doing?” 😂 Stephen A Smith is a fool lmaoo pic.twitter.com/3paORz48ap

On Monday, Stephen A praised Travis’ off the field “decision making” with a nod and a smile.

Hide ya wife @tkelce because @stephenasmith at it again on live TV 😭😭 pic.twitter.com/PdU6IMc99q

Kelce seemed to be cool with the whole thing and had a bit of a laugh about it on Twitter.

Haaaaaaaa! Just giving compliments that are warranted bro. Nothing more. I swear

Stephen A. is getting a bit too wild out here and might have to chill.