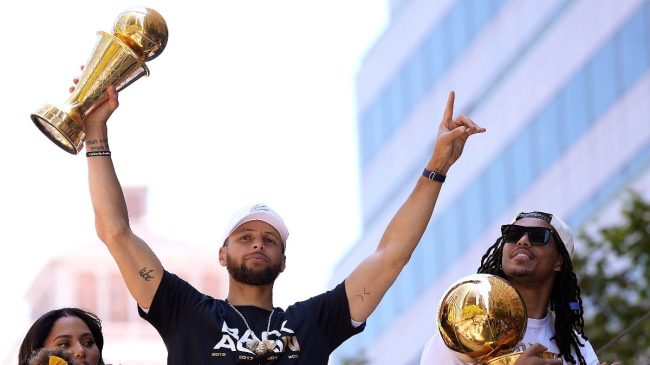 The Golden State Warriors are lucky to have Stephen Curry on the roster. He’s easily one of the most electrifying players the NBA has ever seen. He leads the league in three-pointers made and has won multiple championships with his team. Now, after dominating the league for 13 years, Curry finally celebrates his college graduation.

According to Front Office Sports, Wardell Stephen Curry II officially received his diploma. It’s a great moment to watch one of the NBA’s best graduate from college. Now, he can be proud of an accomplishment outside of basketball. Warriors fans have to feel ecstatic about Curry right now, as this dude just keeps winning at life.

While Curry was draining threes and winning championships, he was also breaking a mental sweat. He should be regarded as one of the best point guards in the league as he’s changed the game of basketball forever. Not only is he a killer on the court, but he also seems to be a great role model for his children and any young basketball fans who watch the NBA.

But seriously, when is Stephen Curry going to miss? Guy has been literally shooting nothing but net since entering the league 13 years ago. It’s hard to imagine Curry slowing down at all after his college graduation. Especially since the Warriors have plans to possibly win another title.

So with that said, congratulations to Stephen Curry!