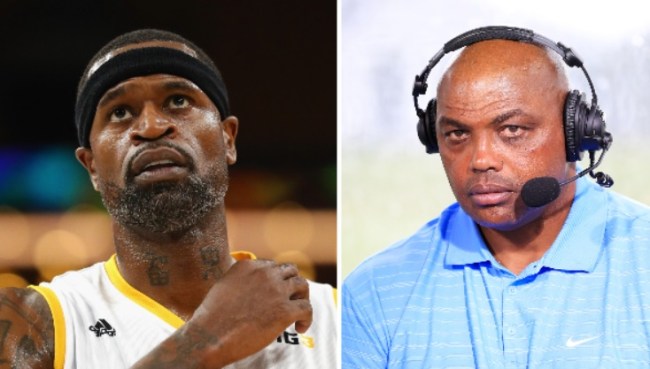 On Thursday, Barkley received some backlash when he said he wouldn’t put Breonna Taylor’s case with the likes of George Floyd or Ahmaud Arbery because he felt her boyfriend was to blame for her death by shooting at the police.

Charles Barkley says you can't put the Breonna Taylor case in the same situation as George Floyd, Ahmaud Arbery because her boyfriend shot at the police pic.twitter.com/8dMjVMZp39

“I don’t think this one was like George Floyd or Ahmaud Arbery and things like that,” Barkley began. “I feel sad that this young lady lost her life. I think this one was — the no-knock warrant is something we need to get rid of … across the board. But I am worried to lump all these situations in together.”

He continued, “And I just feel bad that the young lady lost her life. But we do have to take into account that her boyfriend shot at the cops and shot a cop. So like I say, even though I am really sorry she lost her life, I just don’t think we can put this in the same situation as George Floyd or Ahmaud Arbery.”

Jackson responded to Barkley’s comments about Breonna not being in the same category as George Floyd by calling him a clown on Instagram live.

Big fella, Chuck, here you go again with the same clown sh**, I’m going to tell you this that’s an insult to Breonna’s family, Breona is in the same category as George Floyd because they were both murdered by police, them bullets weren’t for her, she did nothing wrong, so, therefore, she was murdered.

So for you to get on TV and say all that clown sh** you be saying just because you got a platform, you looking real weak by the day,…but know what you’re talking about we’re taking Breonna just as serious as George Floyd and she is in the same category and we’re keeping it that way