Cowboys VP Stephen Jones Says Team Is ‘Not As Far Away As It Seems,’ Fans Strongly Disagree 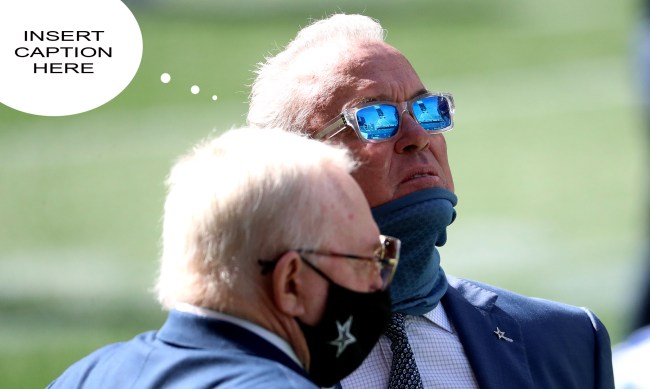 Dallas Cowboys Executive Vice President Stephen Jones told 105.3 The Fan on Monday that despite being 0-4 and allowing the most points in the NFL, the team is really “not as far away as it seems.”

That’s right, even though the Cowboys, who were 4.5 point favorites, lost 49-38 on Sunday to the Cleveland Browns, at AT&T Stadium in Dallas, things aren’t as bad as one might think.

The fact that the Philadelphia Eagles lead the NFC East with a stellar 1-2-1 record might have something to do with Jones’ thinking here, but that wasn’t brought up in Monday’s conversation.

“I just think that we’re not as far away as it seems, but we do have a lot of work to do. And we’re very confident in this football team in spite of what we’ve seen in the first four games. We really believe we’ve got a great head coach, a great staff, and a great group of players that will get the job done,” Jones said Monday on K&C Masterpiece on 105.3 The Fan.

“Like I said, the one redeeming quality is that it does show week in and week out, in spite of the holes we seem to be digging ourselves, we put ourselves (in position) with a chance to win the game at the end of these games when you wouldn’t think we had a chance. These guys will fight. We just have to get off to better starts and we certainly got to protect the ball, and we also got to create turnovers. That’s something Mike (McCarthy) stresses. We’re not getting the job done for whatever reason that is. I can assure you this, Mike will have them hard at work.”

Considering the fact that 10 of the Cowboys’ last 12 games are against the Eagles, Football Team, Giants, Bengals, Vikings, Cardinals, and 49ers, Jones is probably right that the Cowboys’ season is far from over.

With a little luck, they might be able to turn this 0-4 start around and finish with a 8-8 or 9-7 record and another division title.

Cowboys fans, however… they’re not so sure.

Can't wait till the Giants drop 38 on us and we lose!!

Are they even watching the same team as us

This is what we get when Jerry retires 🤢

“We’re only 250 yards on the ground defensively per game away.”

Our defenders were in the same frame as the ball this week. Getting closer... now if we could figure out that tackling thing 🤔

It’s going to be another garbage season. The #DallasCowboys are going to end up winning the NFC EAST with a losing record, get bounced in the 1st round, and all we are going to hear is “we are so close”. #Delusional