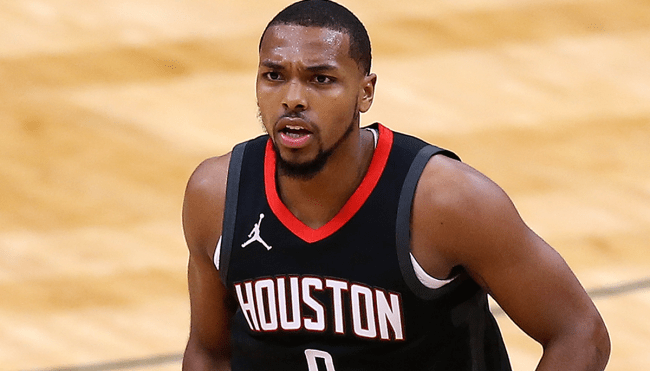 One of the best pieces of advice my dad ever gave me was “Nothing good ever happens after 2 A.M.” Sure, there might not be a switch that magically flips and thrusts you into The Purge, but based on personal experience, it’s a pretty good maxim to keep in mind if you want to avoid some particular sketchy situations.

Last week, some members of the Houston Rockets made the brilliant decision to spend the night partying at a strip club in Miami prior to a game against the Heat. That included Sterling Brown, who emerged from the establishment as the sun began to rise and inadvertently hopped into the wrong vehicle before getting into an altercation that ended with the guard getting hit over the head with a bottle.

It didn’t take long for details about the incident to start trickling out, including one report that suggested Brown was lucky to walk away with his life based on the condition he was in before being taken to the hospital and getting stitched up—and based on a video that surfaced on Tuesday, it’s safe to see why.

Radio host Andy Slater managed to obtain body camera footage captured outside of the club that shows Brown holding a blood-soaked shirt over his head in an attempt to stem the red tide that led to his torso being covered while he and Kevin Porter Jr. interact with the responders who arrived on the scene.

That description should be enough to let you know the clip is fairly graphic, but if that somehow managed to go over your head, you should be warned it’s about as gruesome as it sounds.

His teammate, Kevin Porter Jr., and cops appear to have an animated discussion before Brown gets treatment from paramedics.

Brown has remained sidelined since the attack, and I think it’s now pretty easy to see why.