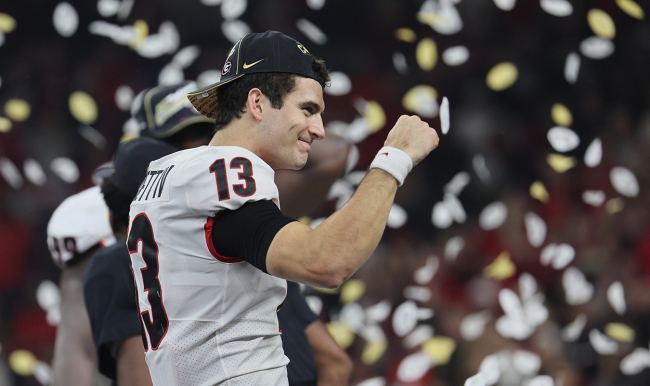 After leading Georgia football to its first national championship in more than four decades, Stetson Bennett is back to defend his crown. The 24-year-old is taking advantage of his final year of eligibility and showed up to fall camp looking completely different.

Bennett, who grew up just outside of Atlanta, has always rocked a shaggy, untamed hairstyle that is just short of “flow” and much longer than a buzz. He has always looked like someone who just rolled out of bed after a night out partying with the boys — which was certainly the case when he appeared on Good Morning America after winning the College Football Playoff. 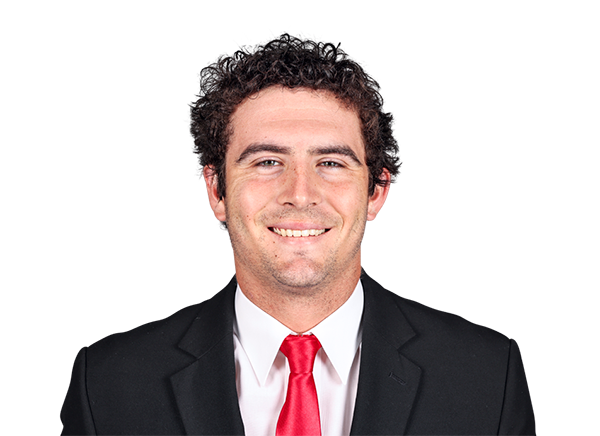 It is a hairstyle that has been with him since the beginning, through his recruitment process as a two-star, to when he spent a year on the junior college level. Here was his team photo from his time with Jones County: 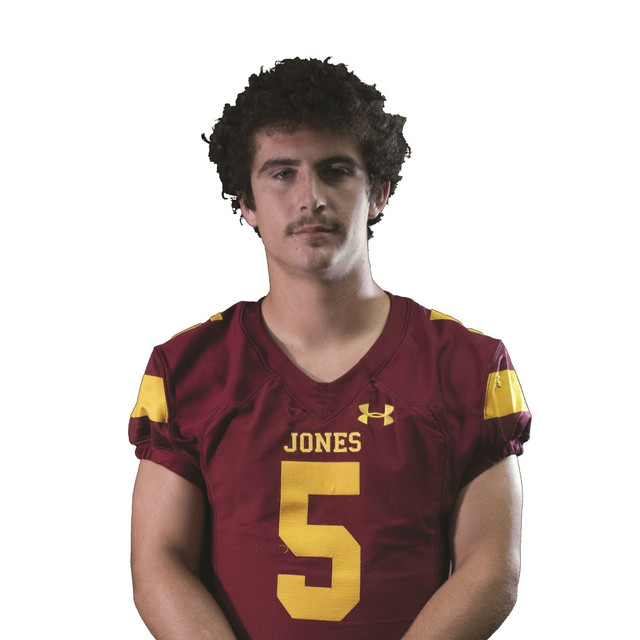 Bennett has always been someone that you want to get a beer with, but he was never the poster child for “style,” if you will.

Until now, that is.

Bennett’s street cred skyrocketed by an infinite amount when he showed up to Georgia’s team facilities ahead of fall camp rocking a clean fade on Wednesday.

The fade and the clean lines. 🔥

The Dawgs are back. 🐶 pic.twitter.com/f6aTHco7Vk

Bennett’s teammates, who have only ever seen him rocking his nappy curls, were fired up about their quarterback’s new haircut. They even took to calling him Stequavious instead of Stetson.

Stetson Bennett pulling up to fall camp with a clean fade was not on my 2022 bingo card, but I am absolutely here for it pic.twitter.com/7ZNn1Xz6Db

If Bennett was able to win a national title with his old hair, imagine what he can do now that he’s all lined up. He unlocked new powers and the NCAA is officially on notice.