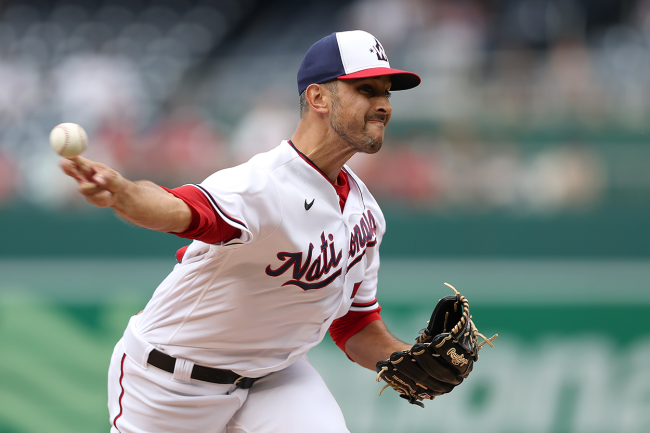 There is a high probability that either your dad, a dad that you know, or you — the dad — has a pair of New Balance 624 cross-trainers. You know the ones.

Over the course of the past decade or so, with the rise of social media, the all-white sneakers with the signature ‘N’ in navy have become widely regarded as the official shoes of dads everywhere. They are so famous that when you google “dad shoes,” they are the first result.

It’s a thing and everybody knows it.

As a result, Nationals pitcher Steve Cishek decided to play into that stereotype, for lack of a better word. Cishek, 36, has spent 12 years in the MLB with eight different teams. He’s a journeyman pitcher with an all-time ERA of 2.69.

Cishek is not just a baseball player, however. He is also a father of three girls.

Thus, Father’s Day is his day as well. And on Sunday, he decided to pay homage to his dadness with some epic custom cleats.

The spikes don’t look like the standard baseball cleats because they’re not. He had the New Balance 264s turned into baseball cleats for the holiday that celebrates fathers across America.

They are perfectly on-brand and they are awesome.