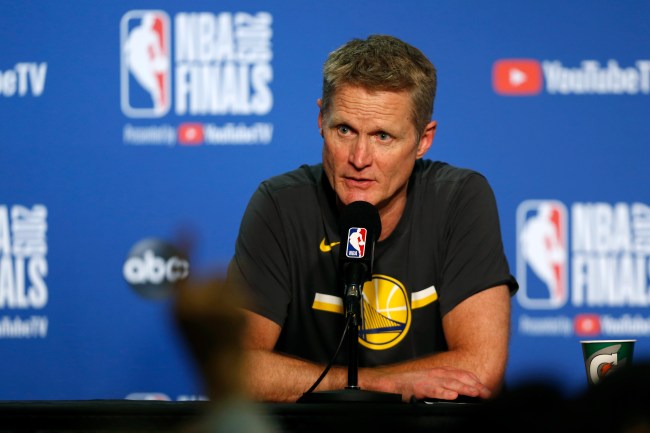 During Game 5 of the NBA finals Warriors superstar Kevin Durant suffered a devastating Achilles injury after coming back from a calf strain injury that will probably keep him out for most of next season.

After the game, it was revealed that Steve Kerr had told Rachel Nichols that team doctors had told Durant “couldn’t get more hurt” from his initial calf strain.

During today’s press conference Kerr confirmed that several doctors including an independent one hired by Durant told them that they weren’t worried about KD injuring his Achilles and that if they had known it was a possibility they wouldn’t have let him play.

Just a sad situation all-around and hopefully Durant can bounce back.