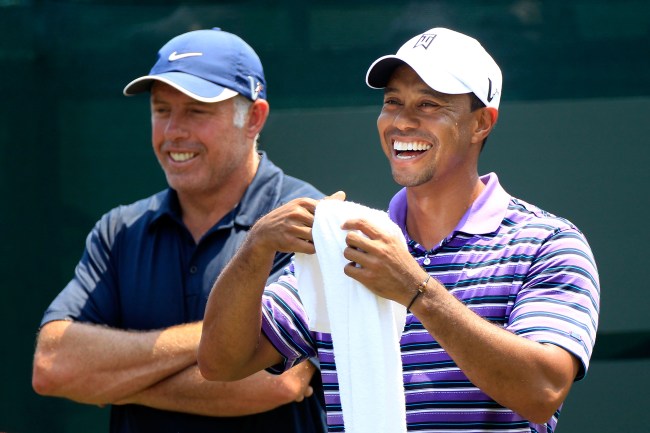 Steve Williams enjoyed over a decade being the right-hand man to one of the greatest golfers of all-time in the peak of his career. The 55-year-old caddie was fired by Woods in July of 2011 after Williams caddied for Adam Scott at the US Open that year while Woods was recovering from leg injuries.

This slight threw a wedge in the duo’s relationship, with Williams not always reminiscing on their relationship with rose-colored glasses.

Williams said he has not watched any golf on television since the end of 2017, but managed to catch the last round of Tiger’s historic Masters win while in his home country of New Zealand. ESPN asked the famed caddie what his take on the win is, and he had nothing but positive things to say.

“Given the fact that two years ago he stated that he was unlikely to play competitive golf again, or was seriously doubting it … he wouldn’t just say that in jest,” Williams said from Wellington, New Zealand. “There would have been a lot of truth to it. For him to actually come back full cycle to win a major championship … it’s just an incredible story.

Williams added that Tiger’s incredible comeback is excellent for growing the game of golf across the globe.

“You look at it from a broader perspective,” Williams said. “Here in New Zealand, golf is somewhat struggling. The number of rounds is down, junior numbers are slipping. Now that Tiger has come right back there again, winning a major championship, possibly putting Jack’s (Nicklaus) record in play again … it just re-energizes the game.

“It’s absolutely awesome. He’s the only guy who can energize the game like that. All those kids who were watching had to think it was fantastic. And so what he’s done is a remarkable achievement. It’s so positive.”

Williams and Tiger have had their difficulties in the past, but Williams once wrestled a $7,000 camera from a fan who snapped a picture in Woods’ backswing and threw it in the pond. That kind of loyalty and reverence doesn’t just vanish.