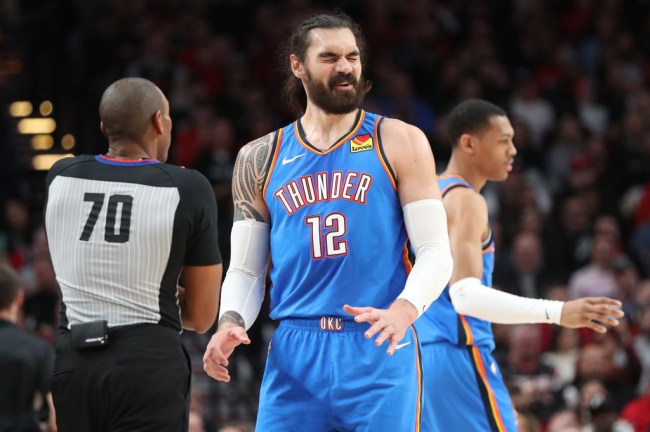 That was the situation Adams found himself in during the Thunder’s matchup against the Bulls. For a guy that barely shoots over 50% from the charity stripe it’s probably not an ideal spot for the 7-foot center, but he delivered as he hit the front-end of the free throws which stood as the game-winner for the Thunder.

It’s not to say he wasn’t nervous though, which it’s safe to say he was as he literally told the local broadcast reporter ‘I absolutely shit my pants’ when asked about hitting the shot.

There’s not much better when it comes postgame interviews and guys simply don’t give a damn about the fact that they’re on live television and let the curse words fly. It makes these guys sound more authentic, even if it likely results in a fine for them and the networks scoff at it. Nevertheless, it’s impossible not to laugh when these guys curse in front of the camera and the network can’t do a damn thing about it.

The Thunder went on to beat the Bulls 109-106 thanks to Adams’ free throw and heads up rebounding late in the game.

Sidenote: it’s official, anything said in a Kiwi accent sounds better. The man just said he shit his pants and even that sounded cool.