Stewart Cink Makes Hole-In-One On 16 At The Masters, Shares Awesome Moment With His Son 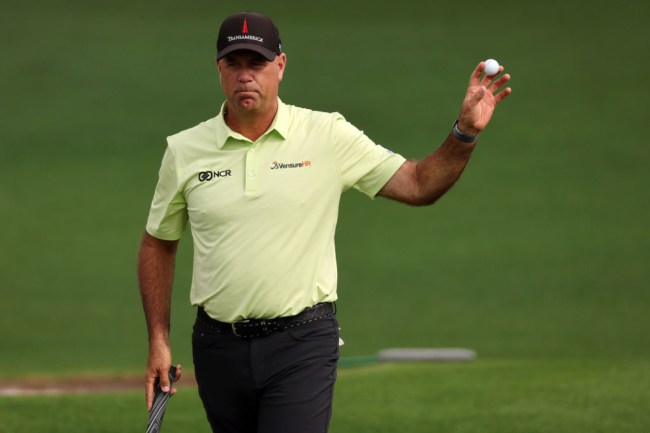 We’ve seen quite a few holes-in-one at the Par 3 16th hole at Augusta National over the years, but Stewart Cink’s during Friday’s second round was a little extra special.

Cink stood on the 16th tee at 8-over par, well outside the projected cut line, but was able to pull some magic out of his hat.

With the pin location very gettable on Friday, Cink utilized the slope right of the flag to perfection as his ball trickled into the hole.

A hole-in-one at Augusta National is about as special as it gets, but it was that much more special given the fact that his son is caddying for him this week. Cink immediately hugged his son after the ball disappeared into the hole.

🚨HOLE IN ONE AT THE MASTERS

Stewart Cink with the ace at the 16th.pic.twitter.com/4Zuxi86j9d

Cink finished his second round at 7-over for the tournament meaning he’ll miss the cut, but Friday’s round is certainly one he’ll never forget.