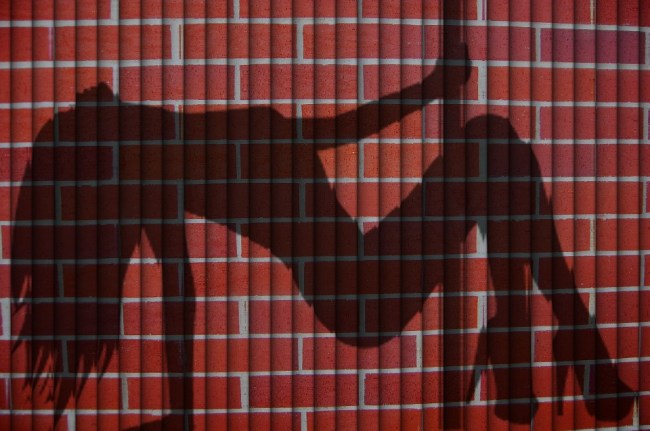 In sports, fans are always trying to find new and creative ways to get into the heads of opposing players so they fail to perform at peak level. We get fat guys dancing free throw shooters at basketball games. We’ve heard of stories about fans pulling fire alarms at visiting team hotels. We have the Oakland Raiders’ “Black Hole” to act as an intimidating section to any opposing player who might get too close.

And now, you can add a stripper being hired as another distraction tactic.

Yep, according to RT.com, via The Sun, a Dutch soccer team’s fans wanted to really throw their opponents off, so they paid an exotic dancer some cash to rush the pitch and run around for a little bit. Here’s a video of the whole thing.

The team, the Rijnsburgse Boys, which is a third-tier squad, didn’t use the extra motivation, however, with the visiting squad ending up with the 6-2 victory.

Funny thing is, the stripper, whose name is “Striptease Foxy,” didn’t seem to mind the extra work, telling The Sun that she just went about her business after the quick, mid-game performance.

“You want it to be a warm day if you run onto a football pitch. I needed a hot drink afterwards. After my streak I went on to my next job. I normally do strip shows, but this was a welcome change. I could certainly do it again.”

Although this one didn’t exactly work out the way the Rijnsburgse Boys’ fans had hoped, seeing as how Foxy would be willing to do it again, maybe they give her a little bit more money to do a better job at distracting the visiting team? Something tells me we won’t see something like this happen over in the States, so don’t get any thoughts, college hoops or college football fans.