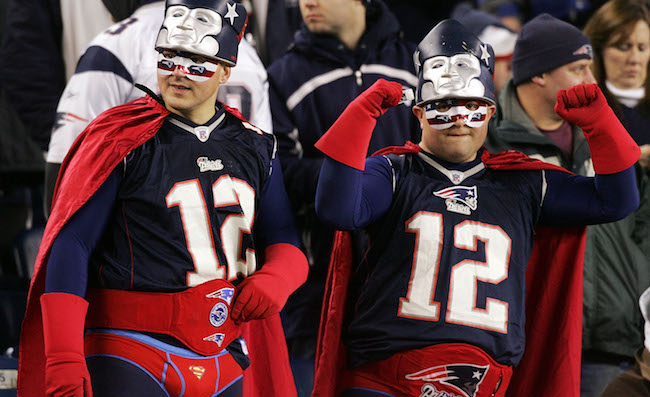 On Sunday, NFL fans across the nation entered a period of mourning after the New England Patriots mounted the comeback that basically everyone saw coming and beat the Jacksonville Jaguars to secure a spot in their eighth Super Bowl since the start of the Brady Age. In a little under two weeks, those same fans will be cheering for the Eagles to pull off the upset in Minneapolis so they don’t have to avert their eyes when Tom Brady raises yet another Lombardi Trophy like Indiana Jones at the end of Raiders of the Lost Ark.

The Pats aren’t the most hated franchise in the nation— that honor belongs to the Dallas Cowboys, America’s Bandwagon Team. However, they’re a close runner-up and the target of the majority of ire from fans around the league due to their unparalleled success in recent years and the inability of their Masshole supporters to shut the fuck up about it (with that said, the Eagles still have the most-despised fanbase in the United States). Thankfully, it appears hatred of the Patriots is bringing the country together in a much-needed show of unity in these otherwise divisive times.

Forum News Service teamed up with BetOnline.ag to scour Twitter to see which Super Bowl contender has garnered the most positive mentions in every state, and as you can see, the results are about as unbalanced as a schizophrenic with vertigo after a game of Dizzy Bat. 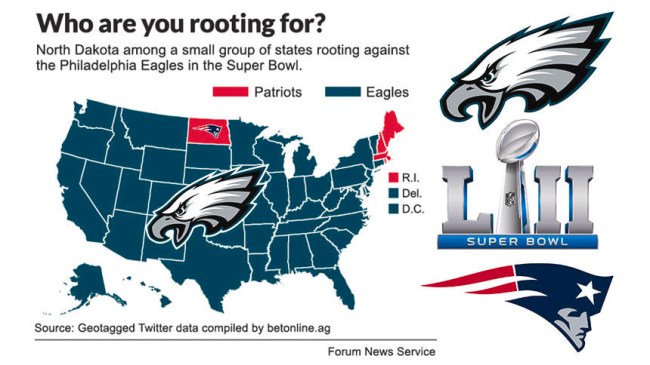 The Patriots couldn’t even get all of New England to be on their side, but at least they can brag about securing the support of the people of North Dakota.