Ranking Which NFL Fans Hate The New England Patriots The Most 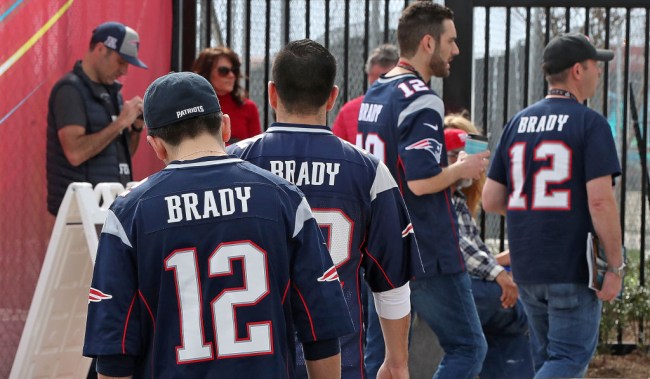 The current New England Patriots dynasty led by Bill Belichick and Tom Brady has seen a slew of records broken. With his 4 Super Bowl MVP’s and 5 rings, Tom Brady is the greatest quarterback to ever play in the NFL (on paper). When you continue to play at an elite level year after year, as the Patriots have since 2001, you’ve got a bullseye on your back.

Making the Playoffs and putting yourself in Championship contention year after year doesn’t win you any friends from outside fan bases, and Patriots fans have embraced the ‘evil empire’ hate over time. But, they still aren’t the most hated team in the NFL according to a recent study by FiveThirtyEight, that honor still goes to the Dallas Cowboys. They’ve been the most hated team in the NFL for decades….The Patriots aren’t far behind though, they’re the #2 most hated franchise in the NFL. 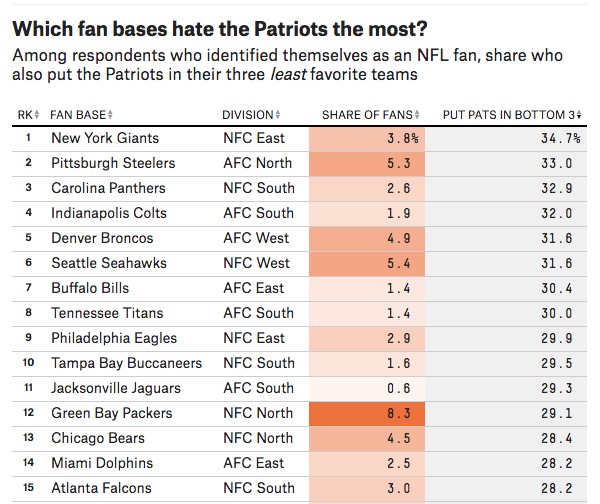 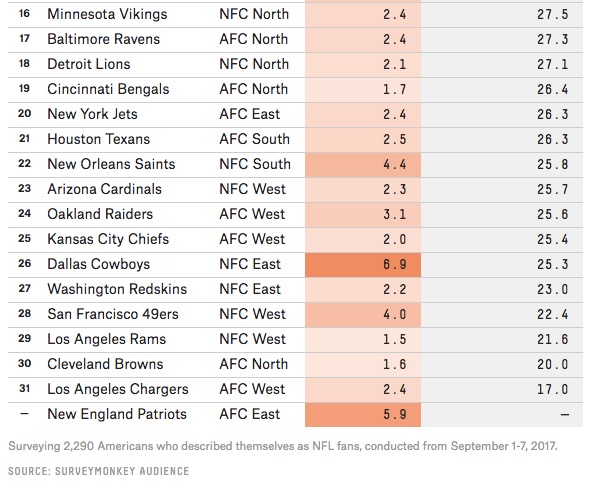 I’m a Tampa Bay Buccaneers fan, and I’m a little confused by these results. We RARELY play the Pats, almost never. I don’t understand how the Buccaneers fan base is ranked 10th amongst fans who hate the Patriots the most. The Miami Dolphins are ranked 14th and they lose to the Pats twice a year. How the shit do those fans not hate the Pats more than Bucs fans? I’m confused by this, very confused.

Now, if you want to see where your favorite NFL team ranks amongst all 32 teams on the ‘Most Favorite’ and ‘Least Favorite’ lists you can CLICK HERE to head on over to FiveThirtyEight.