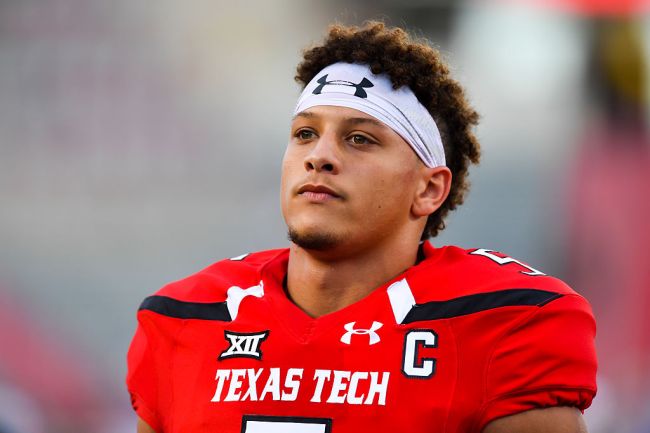 Super Bowl LV is only a few hours away and the 53-man rosters are finalized for both the Chiefs and the Buccaneers. With all of the star-studded players on both sides, the breakdown of the talent playing in the big game by their high school recruiting ranking is astonishing. ESPN shared a graphic prior to kickoff that showed the amount of five-star, four-star, three-star and other recruits on each sideline, and only one five-star recruit is set to suit up.

The graphic only considers players that were part of a recruiting class after 2009 (when the network started awarding stars), so it does not include about 22 total players. Nonetheless, it paints an incredible picture and serves as a reminder that recruiting rankings aren’t everything.

Tampa Bay running back Leonard Fournette is the singular five-star recruit, coming out of St. Augustine High School in New Orleans as the top player in the country. He signed with LSU as a part of the 2014 class. On the other side of the ball, fellow LSU alumnus Clyde Edwards-Helaire will be a main component of the Kansas City backfield as a first-round pick in the 2020 NFL Draft. He was only a three-star recruit out of Catholic High School in Baton Rouge.

As for the quarterbacks, Tom Brady predates the scouting era, and was a highly sought-after recruit during a very different process than it is today. With that being said, where he was rated in 1994 class would have been consistent with a four-star today. His opposing signal-caller did not even reach that status. When Patrick Mahomes was being recruited out of Whitehouse High School in Texas, he was only considered a three-star recruit in the 2014 class. To put it in perspective, he was ranked 397 spots lower than Fournette when he committed to Texas Tech.

Other standouts (using 247Sports rankings) include:

Both teams are stacked with athletes, but it was a long grind to get to where they are. Stars aren’t everything.