L.A. Didn’t Crack Top-10 TV Markets For Super Bowl LVI Even Though It Was In L.A. And Included The Rams 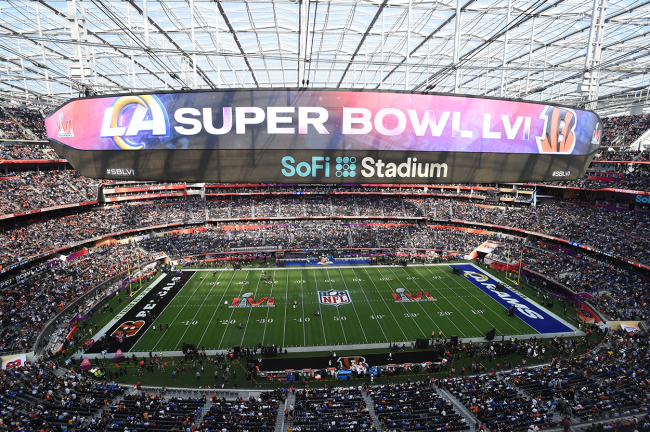 Sunday’s Super Bowl was in Los Angeles and it included a team from Los Angeles. However, despite the fact that it was in their home city and included their home team, Los Angeles didn’t even crack the top ten for local market viewership.

Super Bowl LVI viewership numbers from the various markets around the country were released on Tuesday.

According to NBC sports, the Rams’ three-point win over the Bengals drew an average audience of 112.3 million. That included 101.1 million TV viewers and another 11.2 million streamers.

The game was available on NBC, Telemundo, Peacock, NBC Sports Digital, NFL Digital and Yahoo Sports mobile properties which made it extremely accessible to almost everyone. As a result, it ranked as the most-watched program in five years since Super Bowl LI between the Patriots and the Falcons, which drew 113.7 million viewers.

As could be expected, Cincinnati was the biggest market with 46.1/84. The entire city was glued to their TVs.

Detroit held the second-highest rating. Matthew Stafford, who quarterbacked the Lions for the majority of his career, was playing in the game.

From there, eight cities that were not Los Angeles rounded out the top 10 in terms of metered market ratings:

And then there was L.A. — way down the list with a rating of 36.7. Even though the game was played in their city and included their team, Los Angelenos barely even watched Super Bowl LVI.