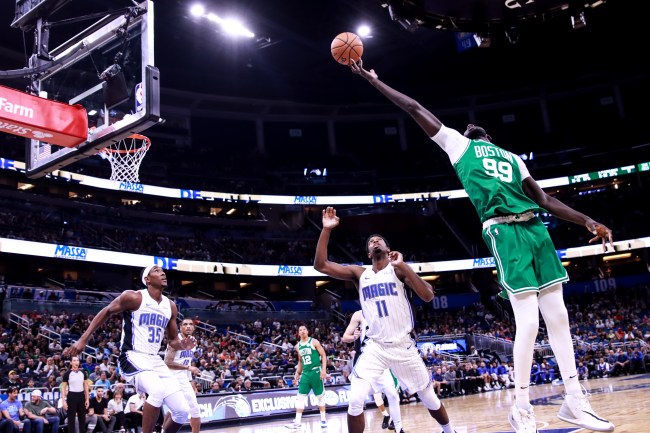 Not sure if you guys have heard but Tacko Fall is tall. Like 7-foot-5 tall.

But, with great longitude comes great responsibility and one wrong turn could send you into concussion protocol.

Mr. Fall did not participate in the first Celtics game of the season at Philly’s Wells Fargo Center, later explaining to MassLive that he was concussed from trying to wash his hands after a workout at the practice facility and drilling his head on a “low ceiling.”

The 23-year-old initially thought nothing of it, and even attended Celtics swim lesson event at the local Boys and Girls Club, which provided top notch content in itself.

Tacko woke up the following morning feeling like shit.

“Tacko got hit in the head yesterday after individual work,” Stevens said at the time. “He was a little under the weather. It sounds like being very cautious about that.”

(Here is Tacko next to 5’11” teammate Carsen Edwards.)