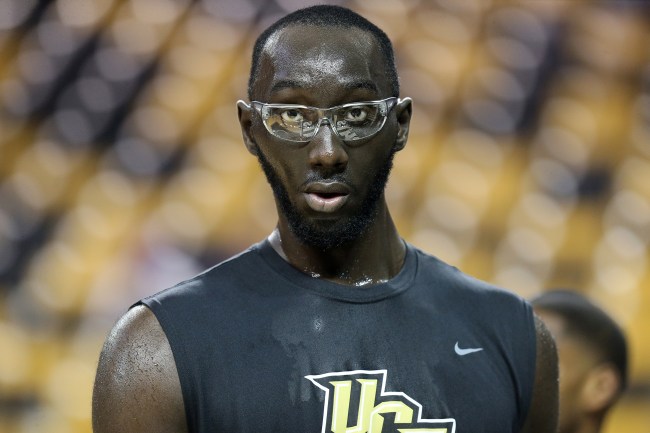 The 23-year-old, who weighs 310 pounds, was discovered at a basketball training ground in Dakar, Senegal, the same academy where 7-foot-4 inch Florida State senior Christ Koumadje was spotted. Both are among the tallest currently playing Division I college basketball.

Tacko, who’s averaging 10.9 points and 7.3 rebounds this year, is preparing to face off against VCU in a first-round game Friday night in South Carolina. CBS sideline reporter Tracy Wolfson will be working the broadcast for the game and during Thursday’s practice session at Colonial Life Arena, the two engaged in one of the best photos thus far in the tournament.

Keep in mind these are unaltered pictures and these two creatures are both homo sapiens.

Kendrick Lamar has a body guard that would make The Mountain from Game of Thrones look tiny. pic.twitter.com/7cv3O9Imqe

Add another ridiculous photo to the “Next To Yao Ming” archive: 6-foot-10 ⁦@kevinlove⁩ (H/T ⁦@OriginalYoni⁩) pic.twitter.com/LoGdEFXINc