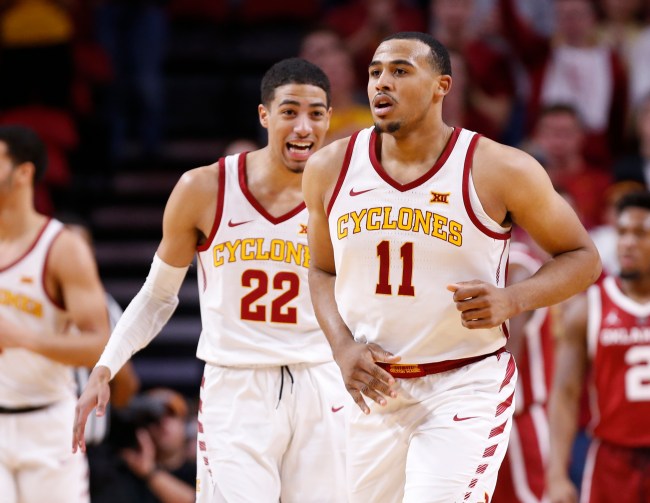 Over the years, LeBron James has had to put up with several off-the-court rumors but none of them were as embarrassing or as awful than the rumor that claimed he left Cleveland back in 2010 because teammate Delonte West hooked up with his mother Gloria James.

This rumor was highly embarrassing for one player. And for another, it entirely destroyed his reputation.

Back when LeBron James and Delonte West were teammates on the Cavs in 2010, West reportedly had a relationship with James’s mother, Gloria. When LeBron found out about this during the 2010 playoffs, he was evidently so distraught that he played very poorly—the Cavs were eliminated in the second round.

Last night, the LA Lakers picked Talen Horton-Tucker with the 46th pick in the NBA draft.

Sources: Lakers selecting Talen Horton-Tucker at No. 46 in NBA Draft.

Unfortunately for Horton-Tucker some people found an old of him referencing that terrible rumor about LeBron’s mom on Twitter.

Talen Horton-Tucker is a Laker now, but by the time you finish reading this he probably won’t be pic.twitter.com/kITKJeUhQg

The tweet has since been deleted but fans continue to mock him for it.

It is worth noting that Horton-Tucker is represented by Rich Paul’s Klutch sports so there’s a good chance and LeBron and his team were aware of the tweet beforehand.