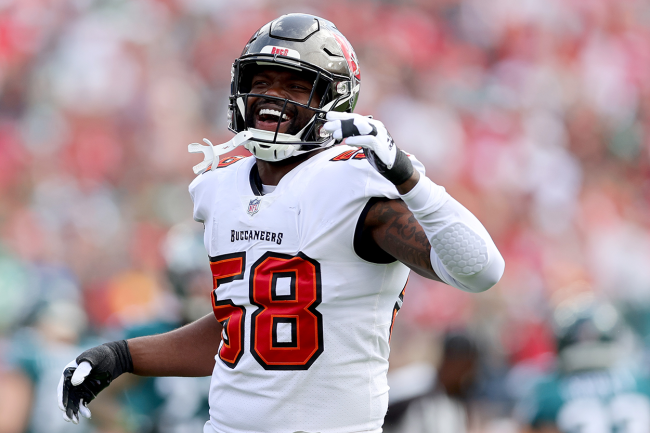 As a result, Tampa Bay had the need to inquire some new interior lineman. To do so, the team traded a fifth-round pick to New England for Shaq Mason.

Obviously, their first names are the same, but they are spelled differently.

Barrett spells his first name Shaquil, while Mason spells his name Shaquille. While there are differences in spelling, they are named after the same person — the Shaq, as in Shaquille O’Neal.

In addition, they share similar middle names. Well, kind of.

This is insane. We mentioned that new Bucs guard Shaq Mason is Shaquille Olajuwon Mason, named after the two former NBA stars. Well, his new teammate, Bucs pass-rusher Shaq Barrett, was born a year earlier in 1992, and is Shaquil Akeem Barrett, named after the same two players.