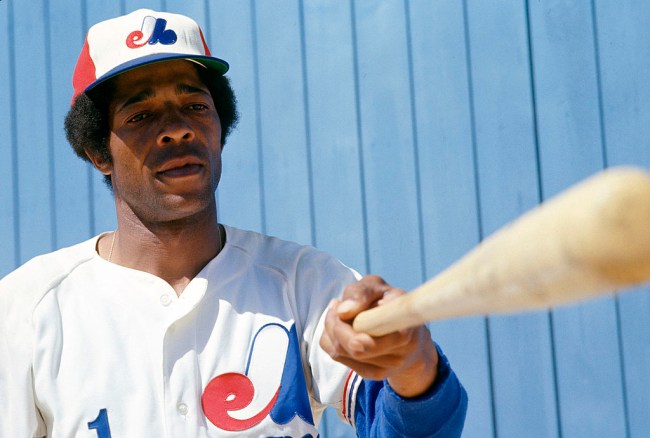 I’m an absolute sucker for throwback apparel in any shape or form and have amassed quite a collection over the years, whether we’re talking about the old-school Mighty Ducks Starter jacket I found in a thrift store or the Hartford Whalers jersey that I’ve never really had an occasion to rock.

However, I don’t know if there’s anything in my collection I’m prouder of than my Montreal Expos Pedro Martinez jersey, which I used to wear to Red Sox games on a regular basis back when I lived in Boston.

Following the 2004 MLB season, the Expos left their shitty stadium in Montreal for an equally shitty stadium in America’s capital when they became the Washington Nationals, and since then, the Blue Jays have been Canada’s only professional baseball team.

However, it appears that’s about to change in the strangest way possible.

According to ESPN, the Tampa Bay Rays have asked the MLB to explore the possibility of playing half of their games in Quebec for some reason and it appears the league is open to the possibility.

Based on the report, the potential half-move (or whatever you want to call it) could be due to the Rays’ eagerness to find a new home that isn’t Tropicana Field, the soulless, catwalk-filled stadium where they currently play their home games (their lease runs out in 2027).

It’s also worth noting this could hinder the Rays’ ability to sign players at a discount due to the fact there’s no income tax in Florida, although I’m not an expert in international tax law so there’s no telling how that would be handled.

The idea here seems to be that they’d boost revenue through ticket sales and a broader audience but they’d now be paying 40 games worth of taxes for the home games played in Canada.

As ESPN points out, this situation isn’t without precedent, as the Expos played a number of games in Puerto Rico during the 2003 season.

There’s currently no timeline concerning the semi-relocation or any indication of what the team would be called if the plan was indeed approved.

if you ask me, they should be dubbed “The X-Rays” and have a skull and crossbones logo.

That one’s free, MLB. The next one will cost you.