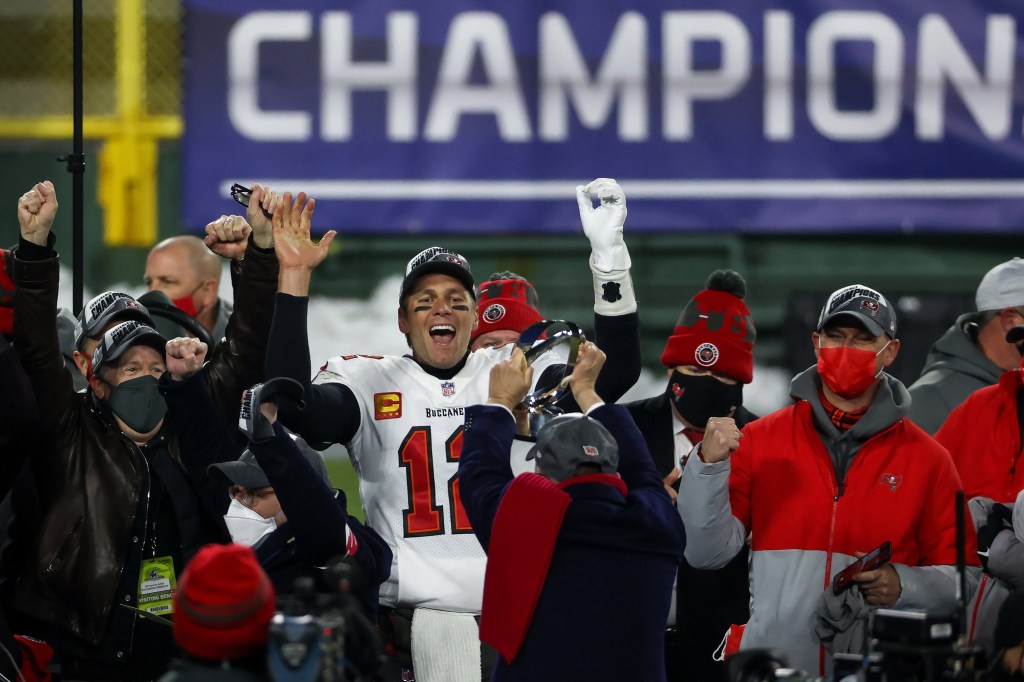 When the unfathomable news first broke that the Tampa Bay Buccaneers had signed Tom Brady away from the New England Patriots the mayor of Tampa, Jane Castor, joked that if Tom Brady won the Super Bowl with the Bucs she’d rename the city in his honor. As a lifelong Buccaneers fan who has spent the past 13ish years watching a perpetually disappointing and underperforming team, I had so much trouble wrapping my mind around the fact that Tom Brady was our new quarterback.

I graduated from Florida State and when the Bucs drafted Jameis it seemed too good to be true. Your school’s Heisman-winning QB coming to your NFL team, how could that be bad? It was. He set NFL records for most interceptions thrown. And then we somehow lucked our way into Tom Brady and here we are as the first NFL franchise in history to HOST and PLAY in the same Super Bowl.

Circling back to Mayor Jane Castor’s comments and she’s reaffirmed that she wants to change the city’s name in honor of Tom Brady if the Buccaneers win the Super Bowl but she isn’t willing to discuss the intricacies of what that would look like until after the Bucs win. It seems like she doesn’t want to jinx anything.

“I told him, we are not discussing changing our city’s name until he brings home that Lombardi trophy. So Tom and I will have that discussion in due time,” Castor said. “Yes, we will talk about that, changing ‘Tampa,’ since we are becoming a title town, to ‘Tompa Bay.’ We’ll have those discussions.”

Brady’s Tampa welcoming began when he was unceremoniously booted from a public park during stay-at-home orders in April. That led Castor to write Brady an open letter with a lighthearted apology for the misunderstanding, in which she told him, “Tom, it’s Tampa Bay. Not Tampa Brady. You win us a Super Bowl and we’ll discuss Tampa Brady.”

Beyond the city “rename,” Castor did promise ways the city would honor Brady, saying, “without a doubt, we’ll have a Tom Brady Day.” (via ESPN)

There’s also been talk of allowing Bucs linebacker Devin White to ride his horse around inside of Raymond James Stadium where the Bucs play. The mayor says she grew up with horses and would be on board with this idea.

I didn’t think my Buccaneers had a shot in hell against the Green Bay Packers and we all know how that went. I almost jinxed that game by firing off some tweet about how I wouldn’t be able to attend the Super Bowl because of this inconvenient ‘rona thing that’s still raging on and Green Bay pulled within a score of the Bucs but Tom won the game and the Buccaneers are playing in their 2nd ever Super Bowl.

My biggest concern right now is the Buccaneers lose by like 40 points because the luck’s run out but they made it this far and I stayed pessimistic the entire way so I might as well stick with what’s been working for me, right?

Hit me down below in the new BroBible commenting system with any score predictions for Sunday!