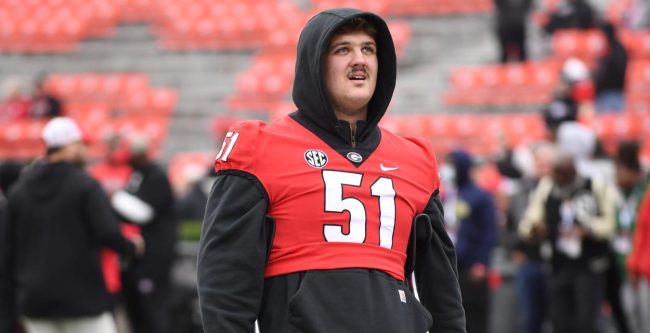 Georgia offensive lineman Tate Ratledge has one of the best looks in college football. He stands 6-foot-6, 320 pounds, rocks one of the greatest mullets that you will ever see, and pairs it with a glorious mustache.

Here is how he looks on picture day, when he’s at his cleanest: 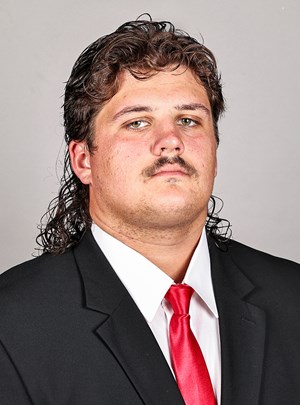 Rutledge, a Georgia-native, was a four-star prospect out of high school, the third-ranked offensive tackle and the 38th-ranked overall recruit in the nation. He had offers from nearly every SEC program, and could have gone anywhere in the country, but chose to stay home and committed to the Bulldogs.

He’s always been a beast in the weight room, even in high school. That, however, was pre-mullet.

On the field, he’s not somebody that you want to line up against as a defensive end.

Ratledge arrived on campus in 2020, but redshirted as a freshman. He earned the starting job for 2021 and began the season at right guard against Clemson but went down in the first quarter with a season-ending injury.

Although he hasn’t been on the field for the Bulldogs this season, his presence has been felt in the locker room. Ratledge is quite the character and hard to miss.

His mullet is the best in college football, if not all of sports. 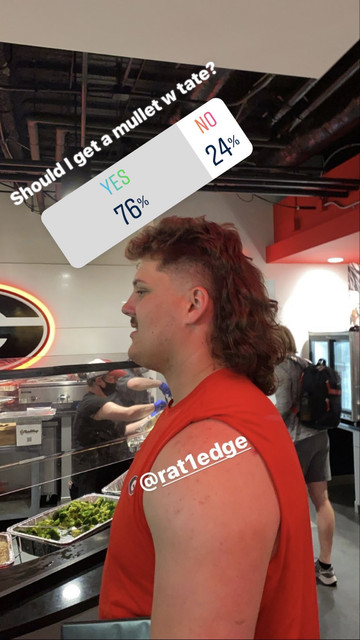 Ahead of Monday’s National Championship game, although not dressing, Ratledge showed up in style. His look is truly a marvel.

After recovering from his season-ending foot injury, Ratledge should step right back into the starting offensive line next season. Look for his luscious locks flowing from his helmet as the Big Uglies lead the way.