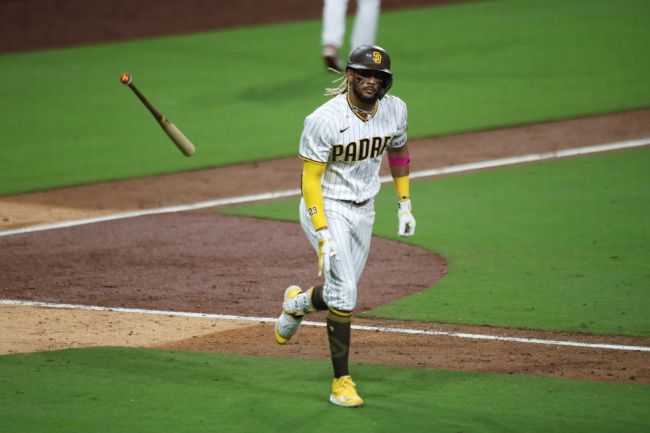 The San Diego Padres locked up their future by signing shortstop Fernando Tatís Jr. to a record contract on Wednesday night. Tatís’ 14-year, $340 million deal is the third-biggest payout in baseball history, behind Mike Trout and Mookie Betts, and makes him the sixth highest-paid athlete in professional sports. Despite the more-than-a-decade long agreement, it is not the longest active deal in the MLB. That title remains with former New York Mets utility player Bobby Bonilla.

Bonilla, now 57 years old, last took the field in 2001 and famously signed one of the most astonishing contracts in sports history. When the team agreed to buy him out of his remaining $5.9 million in 2000, it didn’t want to pay the cash up-front. As a result, Bonilla’s agent negotiated for his client to be paid $1.19 million per year for 25 years with a guaranteed 8 percent interest rate. The payments were deferred to begin in 2011 and the career .279 hitter will receive approximately $1.2 million on July 1st every year until he is 72 years old in 2035.

With that in mind, when a 35-year-old Tatís becomes a free agent after the 2034 season, the Mets will have one year left to pay a 71-year-old Bonilla. Crazy.

The 6-foot-3, 217-pound Tatís, is quickly emerging as one of the young faces for the future of baseball with his loud style of play and brings an excitement to the game even to the casual fan. He backs it up with his strong numbers at the plate and ridiculous athleticism in the field. With his trademark dreadlocked hair and a bat flip at the ready, Tatís is a crucial component to a team that believes it is ready to compete for a championship as soon as 2021, with a build toward a dynasty to come.

That's all the #Postseason baseball we've got for ya today.

But we'll leave you with every angle we've got of Fernando Tatis Jr.'s bat flip.

He joins Manny Machado, who plays third base next to him, as the two Padres with deals worth $300 million or more and both players are represented by agent Dan Lozano. New York Yankees duo Gerrit Cole and Giancarlo Stanton are the only other teammates in the league with such expensive contracts.

The $340 million that will be paid out to Tatís is the largest deal ever given to a player before he reaches arbitration. Trout’s first contract extension was nearly $200 million less, but his second extension set a league record with $426.5 million guaranteed. Patrick Mahomes’ $503 million contract surpassed the Angels outfielder to set a domestic sports record, and Betts sits third with his $392 million contract. Lionel Messi remains the highest-paid player in the world with his nearly $674 million contract.

Let’s put his contract into perspective. With $340 million, Tatís could buy 85,213,032 Big Macs, 22,666,666 large cheese pizzas from Papa John’s or go to the San Diego Zoo 5,666,666 times. While the contract is lucrative, Tatís’ $24.2 million per season would rank him 47th in the NBA between Buddy Hield and LaMarcus Aldridge, and his payments will be out-lasted by Bobby Bonilla day. Sports contracts are a weird thing.