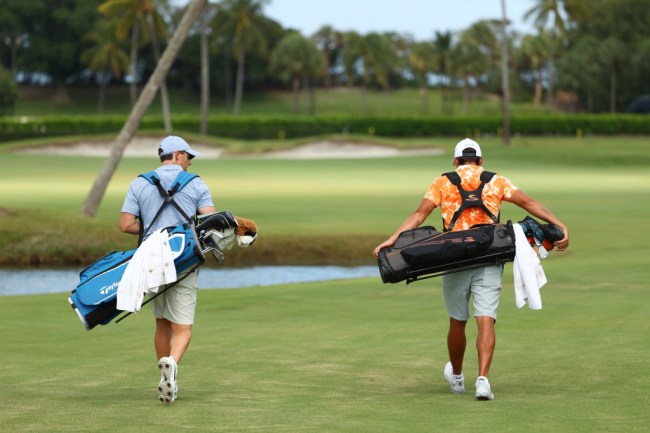 The TaylorMade Driving Relief skins match was the perfect return for golf due to the simple fact that live golf was finally back on television. It made life feel normal for a few hours and served as a very real reminder that things are moving in the right direction.

It’s clear that other people shared that same sentiment given the strong viewership numbers. According to Golf Channel, an audience of 2.35 million average viewers tuned in to watch Rory McIlroy and Dustin Johnson take down Rickie Fowler and Matthew Wolff.

While that 2.35 million number may seem a bit small given the fact that it includes NBC, Golf Channel, NBCSN, and the streaming platforms used on Sunday, that isn’t the case at all.

According to GolfWeek, the 2.35 million number is right around the norm compared to the average that both CBS and NBC drew for 2019 second quarter, final round broadcasts. What’s really interesting about the number is that it was extremely strong when it came to younger viewers as it far surpasses last year’s second quarter broadcasts with a 44 percent uptick among people between the ages of 25-54.

That’s correct, the same number of average viewers, give or take, tuned in to watch four guys carry their own bags in a charity match. Sure, having the world’s No. 1 player in McIlroy, the No. 5 player in Johnson, the beloved Fowler, and the up and comer Wolff immediately draws in some eyeballs, but if that viewership number isn’t a direct representation of just how thirsty we all are for live sports, I don’t know what is.

Related: From Tie-Dye Shoes To Flubbed Chip Shots, There Were Some Great Moments From The TaylorMade Driving Relief Skins Match