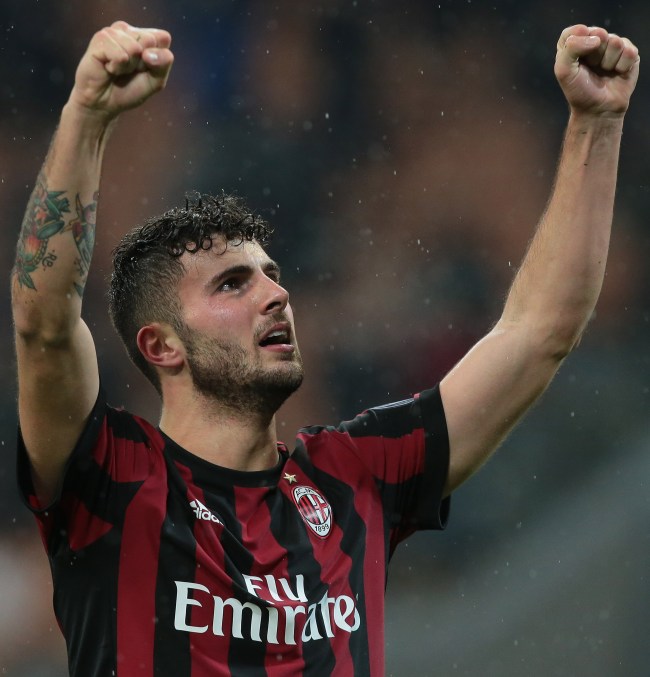 Rossoneri Sport Investment Lux acquired AC Milan in April for $905 million (Forbes valued team at $802 million), utilizing a $366 million bridge loan from Elliott Management to take control of the club and invest in high priced players. Now, with the loan coming due (and carrying a prohibitive interest rate), Li Yonghong and AC Milan are working to refinance the debt; though they just walked away from a proposed deal with Highbridge Capital, unable to come to terms on interest rates and the repayment period. If Rossoneri Lux is unable to pay off the loan, Elliott Management would take control of the Italian team. CEO Marco Fassone has promised the franchise would repay the debt before the October ‘18 deadline.

Howie Long-Short: Li Yonghong isn’t the only team executive making difficult financial decisions that will determine the ownership of a professional sports franchise; Grizzlies CEO Robert Pera must decide if he’ll be buying out the team’s minority owners or if he intends to sell the Memphis based NBA team. A unique clause in the partnership agreement gives minority owners Steve Kaplan and Daniel Strauss the ability to place a valuation on the team, 5 years after purchase. Pera then must decide if he’ll buy out Kaplan’s and Strauss’ shares at that price or if he’ll sell his majority stake to them, at their valuation. The group bought the team in 2012 for $377 million, and the Clippers, Rockets and Nets all sold within the last 12 months for more than $2 billion. While not the major markets NY, LA and Houston are, the individual(s) that sell their shares should still see a return of over 300%.

Fan Marino: Tom Dundon, who recently signed a purchase agreement (pending NHL approval) to acquire 52% of the Carolina Hurricanes at a $500 million valuation (Forbes values team at $370 million), will have a decision to make as well. In 3 years, he’ll have the option to buy the remaining 48% of the franchise from former majority owner Peter Karmanos Jr.; best known for moving the Hartford Whalers, just 3 years after he bought the team. Despite the league’s 2nd worst attendance (Islanders 31st), Dundon has no plans to relocate the franchise.

Professional Bull Riding (PBR) and VF Corp/Wrangler (VFC), partners for a quarter century, will open the NYSE this morning. Launched in 1992 by 20 rodeo cowboys (each put up $1 million) looking to establish an organization that would oversee bull riding as an individual sport; PBR has made it possible for bull riders to earn a living. Going in to the start of the 25th anniversary season, 34 riders have made over $1 million in career earnings. The silver anniversary season kicks off (no pun intended) tonight at Madison Square Garden (MSG).

Howie Long-Short: Since being acquired by Endeavor in ’15, PBR has increased event attendance 11% (annual audience of 3 million) and television ratings on CBS by 12% (average of 1.3 million viewers/event). Endeavor is privately held, but VF Corp/Wrangler (VFC) is publicly traded. The company, which owns a couple dozen brands including The North Face, Majestic Athletic and Vans (revenue +26% in Q3 ‘17), has seen its share price increase 41% over the last 12 months; with the growth driven by its highly productive DTC business (+17% in Q3 ’17).

Fan Marino: Wondering how PBR scores bull rides? Rules require riders to ride for 8 seconds with one hand in the bull rope and one in the air to earn a score. If the rider makes the 8 second buzzer, he receives a score. If he does not make the 8 second buzzer then he receives no score for that attempt. After each 8 second ride or attempt, PBR judges award scores (up to 100) both to the bulls (up to 50, based on difficulty) and the riders (up to 50, based on control); the combined number becomes the official ride score. The rider with the most points at the event’s conclusion is the winner; the rider who accumulates the most points throughout the season is the PBR World Champion — winning the coveted gold buckle and million-dollar bonus.

The NFL Playoffs start tomorrow (Tennessee at Kansas City, 4:35p EST) and FanDuel is giving daily fantasy football players the chance to win Bitcoins (BTC); the first time a sports-tech company has awarded cryptocurrency as a consumer promotion. FanDuel will host a free single-entry contest (aka the Bitcoin Bowl) that will award the winner a single Bitcoin; and a second multi-entry contest, that costs $3 to enter and offers a multi-tiered payout (winner receives 2 Bitcoins). The deadline to enter and select a lineup is kickoff of the Tennessee/Kansas City game.

Howie Long-Short: FanDuel has raised capital from the following public companies (or subsidiaries of public companies) KKR & Co. (KKR), Google Capital (GOOGL), Time Warner/Turner Sports (TWX), NBC Sports Ventures (CMCSA) and Comcast Ventures (CMCSA); so, there are no shortage of ways to play the fantasy sports outfit. As for the popular cryptocurrency, the WSJ reported that Peter Thiel’s venture capital fund bet $15 million to $20 million on Bitcoin; upon release of that report, BTC prices shot up 14% to $15,447. The digital coins were trading at +/- $15,150 on the evening of January 4, 2018.

Fan Marino: Facebook (FB) has entered the DFS space, launching TheScore Fantasy on Facebook Instant Games; accessible only through their Messenger application. The mobile game currently enables you to play NFL, NBA, NHL, MLB & Premier League contests, but only against your friends and there is no monetary incentive to win. It’s not a game for the hardcore DFS player, but the simplistic interface and small roster sizes (just 5 players) could make it attractive to the next generation of football fans; those not yet of age (18) to play DFS.