Teams Are Reportedly Calling The Redskins ‘Laying Groundwork’ To Trade For No. 2 Pick And Washington Is ‘Listening’ 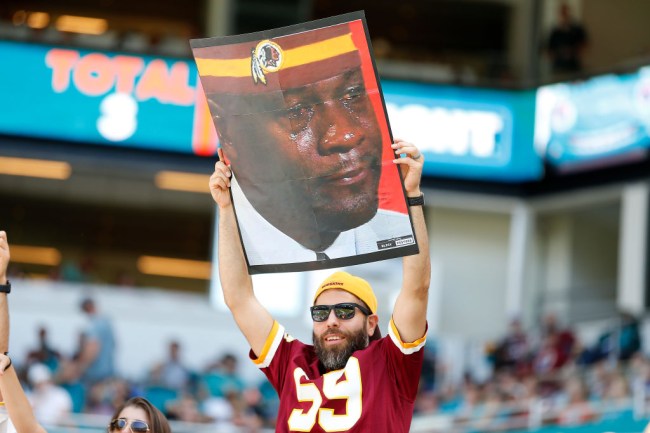 Since the day Chase Young declared for the NFL Draft it seemed to be a given that the Bengals would take Joe Burrow with the first-overall pick and the Redskins would then select Young with the second-overall pick. There really weren’t supposed to be any fireworks until the Lions pick at No. 3, but Washington may have something up its sleeve, apparently.

On Tuesday morning, just two days before the virtual draft is set to kick-off, Ian Rapoport is reporting that the Redskins are taking calls from teams interested in trading up to the No. 2 spot. He notes that they ‘aren’t intent’ on moving, but ‘they are listening.’

Early fireworks? The #Redskins have begun to receive calls from teams interested in trading up to the No. 2 overall selection, sources say. They aren’t intent on moving out of the pick many believe will be #OSU DE Chase Young, but they are listening. Teams are laying groundwork.

Young very well could be the most sure thing prospect in the entire draft and would fill a major hole as the top pass rusher for Washington, but this is a team with a lot of needs. If a team offers them a package it can’t refuse then perhaps Washington does move the pick and go the quantity over quality route.

The #Redskins know they’re not one player away, so the sense in the league has been that No. 2 can be bought. But at what price? https://t.co/SpIFrcXMeJ

It’s unclear what teams are picking up the phone and calling the Redskins right now and it’s also unknown whether those teams simply want to move up because they want to select Young.

This report comes just one day after Rapoport also suggested that the Giants have been keeping a close eye on Justin Herbert offering the possibility that they may blow up the draft as well by taking a quarterback early on for the second straight year.

Leave it up to two NFC East teams to completely change the landscape of the draft.