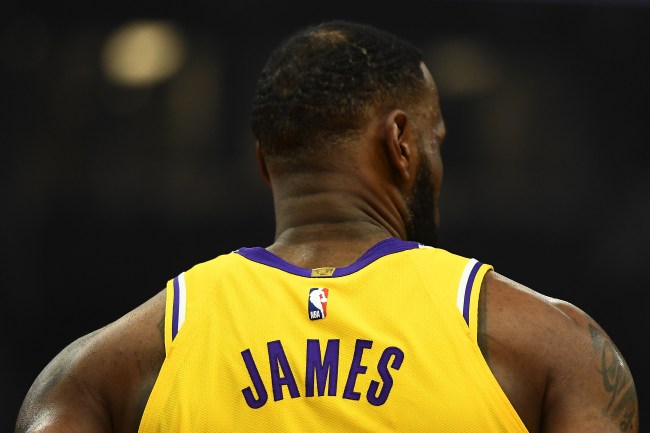 This story is equally as as heart-melting as it is heart-breaking.

The heart-breaking part being that in May 2019, Canada resident Corey Groves was diagnosed with stage four sarcoma cancer and was told he only has a year to live, as the survival rate for this rare cancer is just 15%. He’s just 17 years old.

The avid NBA fan had a very simple dying wish: to meet his idol, LeBron James, and shake his hand.

“LeBron James just does so many good things off and on the court. Recently he fed tacos to the first responders – no one is asking him to do that but he goes ahead and does it anyways,” Groves told CTV News Toronto. “Some athletes are there for the money but he really cares about this job.”

“Before getting sick, I would eat, sleep basketball,” the Brampton teen told the Toronto Sun earlier this month. “Chances are [being in L.A. for the Christmas Day game] will be my last holiday ever. I’m hoping to spread the word and maybe get Lebron’s attention so I can shake my hero’s hand.”

Groves traveled to Los Angeles on Dec. 23 with his mother and 14-year-old brother courtesy of the Children’s Wish Foundation, who paid for his weeklong trip.

Raptors superfan Nav Bhatia hooked the teenager up with tickets to the Lakers/Clippers Christmas Day game.

Groves not only attended the game, but got the opportunity to meet his idol during pre-game warmups.

“Merry Christmas,” he wrote in the caption. “I got my wish. So thankful to everyone that helped make this happen.”

A GoFundMe has also been set up for Corey to pay for astronomical medical costs and experiences like this one. At the time of this writing, it has over $20,000 of the $25,000 goal. Donate here if you feel so obliged.