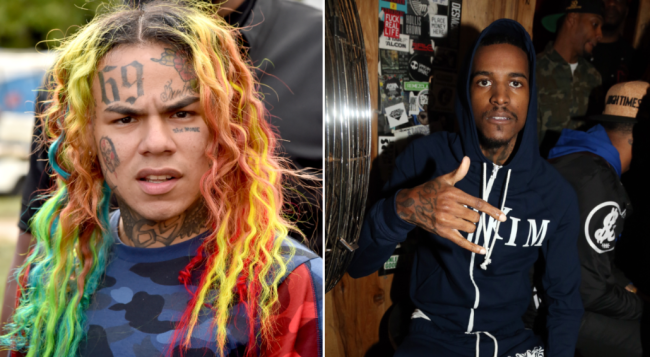 On Saturday morning, Reese was one of three men who was shot in a Chicago area parking garage. According to reports, Reese was grazed in the eye and will probably make it out alive.

On the police side of things … Chicago PD has yet to name the victims, but they do say that of the three people who were shot, two of them suffered superficial gunshot wounds — a 20-year-old in the knee, and a 28-year-old grazed in the eye — and are listed as being in fair to good condition. The third victim — a 27-year-old — was shot multiple times in the body and is said to be in critical condition. The cops tell us no one is in custody at this time, and that their detectives are further investigating the incident.

Like we said, Reese is 28 … so he appears to be one of the two who’s gonna make it

TMZ has confirmed that the 28-year-old gunshot victim — who was grazed in the eye — is, in fact, Lil Reese.

6ix9ine took to Instagram and wondered how Reese got shot before Quando Rondo, the rapper who was at the center of the shooting of Reese’s longtime friend King Von.

6ix9ine said how lil reese get shot before quando🤣🤣☠️💀 pic.twitter.com/CO8liOvna8

6ix9ine went on to share the video of Reese on the ground bleeding with the caption ‘die b*tch.’

Update: Tekashi started a GoFundMe for Reese to buy a car after it was rumored the Chicago-based rapper was shot after being confronted in a stolen car.

For those who don’t know, Reese once threatened 6ix9ine by flashing a gun during an IG live stream after Tekashi mocked the death of King Von back in November 2020.

6ix9ine was NOT phased at all about lil Reese 😂 pic.twitter.com/5cCJzTmmqk