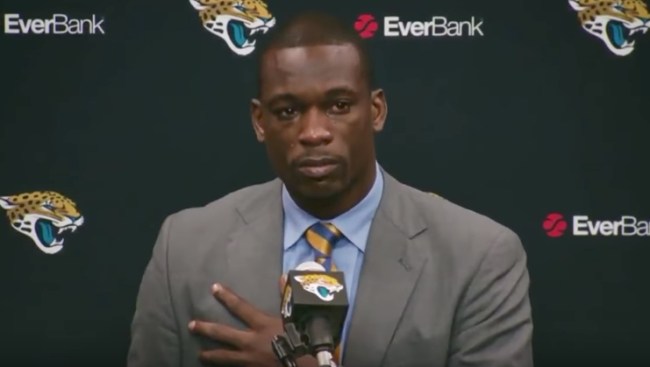 You don’t have to be a Jacksonville Jaguars fan to appreciate this. Hell, you don’t have to be a football fan to be moved by it. Jaguars linebacker Paul Posluszny has decided to hang up the cleats after 11 stellar seasons in the NFL, including a Pro Bowl appearance in 2013.

At the press conference on Monday, the Penn State product decided to bestow his teammate and fellow linebacker Telvin Smith with the honor of introducing him at his retirement ceremony. The Pro Bowl linebacker did not disappoint. Smith delved into his unique bond with Posluszny and how the veteran supported, mentored and loved him when he entered the league as a fifth round pick in 2014. Plenty of tears were shed and it’s an incredible watch.

The meat and potatoes of Smith’s speech is transcribed below:

Well, that was emotional and it’s also allergy season.

Check out the entire speech below: