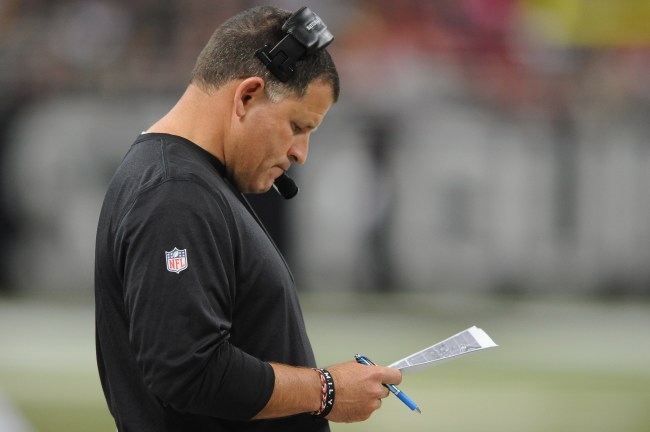 The deal to make Greg Schiano the next head coach of the Tennessee Volunteers has been blown up after fans protested his hiring because of Schiano’s past association with Penn State child molester Jerry Sandusky.

Tennessee has backed out of a memorandum of understanding with Ohio State defensive coordinator Greg Schiano to be the Volunteers’ next football coach, sources told ESPN’s Chris Low.

The memorandum of understanding was signed by both parties Sunday in Columbus, Ohio, and the school had planned to introduce Schiano at a news conference Sunday night.

But when news broke that Tennessee was close to finalizing a deal with Schiano earlier Sunday, there was public outcry among Tennessee fans, with people citing his alleged connection to the Jerry Sandusky era at Penn State.

About 100 people gathered on Tennessee’s campus to protest a potential Schiano hire, with many of them holding signs with various messages such as “Schia-NO.”

At a rock on campus where students often paint various messages, the words “Schiano covered up child rape at Penn State” appeared Sunday.

Both have denied allegations of their knowledge of child abuse by Sandusky from a 2015 deposition by ex-Penn State assistant Mike McQueary. The allegations became public in July 2016, at which time both Meyer and Mora defended their assistants’ integrity.

Goodness, check out The Rock on Tennessee’s campus pic.twitter.com/R9EwVGVGkh