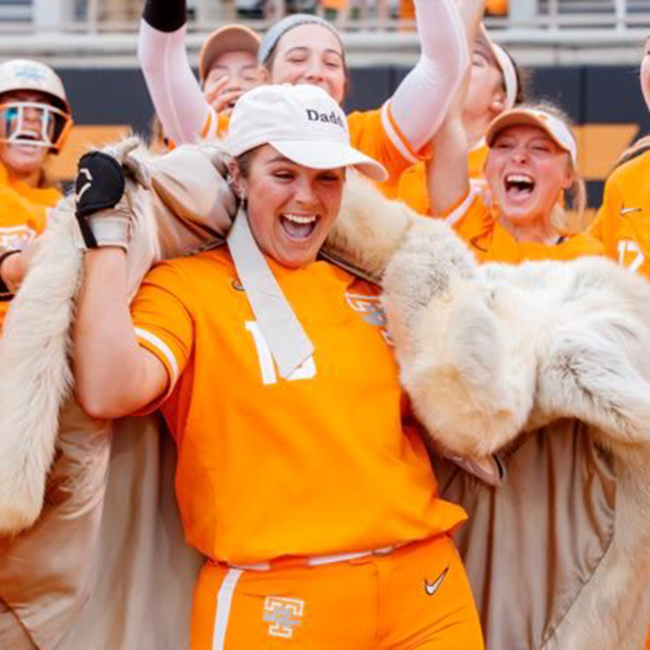 Tennessee baseball has been at the forefront of a lot of controversy this season. The Volunteers are very, very good, and they play very, very loud.

As a result, Tennessee has a major target on its back.

There have been a lot of rumblings around the SEC about the Volunteers using juiced bats. More than likely, that is not the case.

However, after having a home run overturned for using an unapproved bat, they hilariously lost their only game of the year using wooden bats. Ironic, no?

Tennessee was in the center of another commotion-filled game over the weekend. Chaos unfolded during their Saturday game against Alabama and it resulted in two Volunteers coaches getting tossed.

Not long thereafter, the umpire made a strange decision. It may not have been his to make, but he did so anyway.

As Tennessee has mashed dingers all season, the Volunteers have celebrated with one of the cockiest props in college sports. After the player who hit the home run crosses the plate, he is met with a fur coat and a ‘Daddy’ hat to wear into the dugout. It’s a lot of fun, but it’s definitely arrogant.

On Saturday, the umpire decided he had enough and banned the fur coat.

Third base umpire Jeffrey Macias — who has been in the middle of all the drama this series — apparently told the Tennessee dugout no more fur coat.

3rd base ump has a problem with the fur coat… that Tennessee has used to celebrate with all year long. You can’t make this shit up.

In response to the umpire’s decision on Saturday, Tennessee softball decided to step in with a fur coat and hat of their own on Sunday.

After walking off Texas A&M in the bottom of the seventh inning with a massive grand slam, Kelcy Leach was met by her teammates at home plate. They donned her with a fur coat and the ‘Daddy’ hat, just as their diamond counterparts were told not to. The Volunteers even through fake money into the air.

Like the Volunteers or not, the entire celebration was electric.

It’s even better that base baseball was told not to celebrate in such fashion a day prior. Tennessee softball said, “we got you” and broke it out after a walk-off grand slam, no less.

There should be more celebrations like this more often. Forget the ump show, let the boys and girls play! COLLEGE SPORTS ARE FUN!