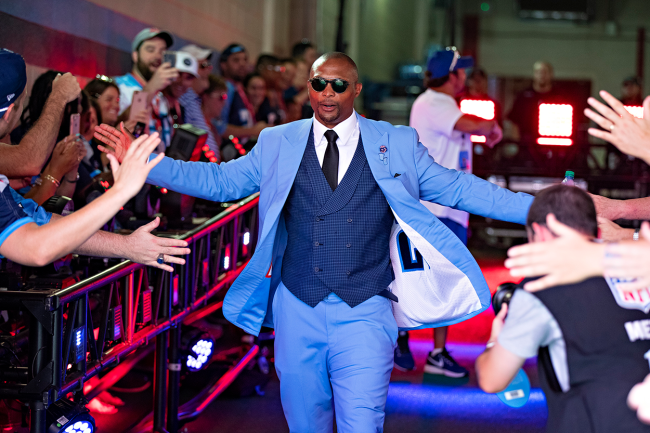 When Tennessee State University hired Eddie George as its next head football coach in April of 2021, the Tigers were coming off of a 2-5 season and had not made the FCS playoffs since 2013. His first season in Nashville was not a winning one, but it was an improvement and the former Heisman Trophy winner expects that his team will only continue to improve.

A large part of TSU’s offense in 2022 will revolve around Devon Starling. The two-time All-American running back burst onto the scene during the COVID-shortened 2020 season and followed it up with another strong campaign as a redshirt sophomore last year.

Starling is going to get a lot of touches this fall. He is explosive.

However, natural born talent can only take someone so far. That’s where coaching comes in.

George, who is one of the greatest running backs in college football history, was unstoppable at Ohio State and spent seven years in the NFL with the Titans, reaching four Pro Bowls. He knows what he is doing.

As a result, he puts extra emphasis on his ball-carriers. Starling, who was at OVC Media Day on Tuesday, in particular.

When Starling was asked “how fun” it is to play running back for a coach of George’s prowess, Starling made it very clear that it isn’t. Not because he doesn’t love what he does, and not because George is a bad coach. In fact, it’s the opposite.

Because George played running back and knows what it takes to be great, he holds Starling and his backfield counterparts to a higher standard. But he wasn’t joking when he said that it isn’t fun.

Tennessee State is predicted to finish fourth in the OVC behind UT Martin, Southeast Missouri and Missouri State. Starling and George might have something to say about that prediction.